So, Wayne Swan’s “tight” federal budget aims to get an extra $3.6 billion from iron and coal miners for Australians from the new minerals resource rent tax (MRRT) – out of the more than one-third of the economy which is the annual land and resource rent available to be tapped.

Kevin Rudd’s proposed resource super profit tax (RSPT) at 40% of all miners’ net profit would have yielded tens of billions of dollars back to the Australian people and still have left the companies with more than adequate profit.

You see, the mining business is a partnership with the Australian people.

But the big miners have never seen it that way. They believe federal company tax and state royalties are more than sufficient for us.

If you saw Monday’s “4 Corners” story about how the historic Mabo Case finally overturned the racist dictum of “terra nullius”, you’d have noticed the big miners and Charles Court also fought long and hard against a decision in favour of Eddie Mabo and Australia’s aboriginal people.

The self-interest of miners and their shareholders v. what’s morally right had a lot to do with the overthrow of elected prime minister Kevin Rudd by Julia Gillard, too.  Their power and greed knows no bounds.  Just look at Clive Palmer’s throwing his weight around strutting the political stage.

Unfortunately though, the vast majority of people are ignorant of the amazing ‘quantum leap effect’ of a revenue switch from taxes to land and resource rents.

It may therefore be worth revisiting the following article by professor Fred Foldvary, senior editor of The Progress Report in order to get our head around these incredible benefits. 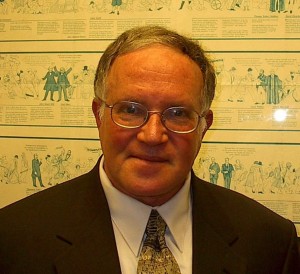 In economics, the waste of resources caused by a tax has two names. One is the “deadweight loss”, a loss to the economy with no offsetting gain. The other name is the “excess burden,” since the burden on the economy is in addition to or in excess of the tax payment.

For example, suppose a bookstore has 20 employees, and has to pay a taxes on the payroll as well as sales taxes on the books and taxes on its profits. These expenses are on top of the costs of the inputs that would be there aside from the taxes: the labor, the space, the books, and shelves. The store has to add the tax expense to the input expense, and pass the tax on to the customers. The higher price of books paid by the customers makes them buy fewer books, so the books that would have been produced and sold and enjoyed do not get made. This is a waste of resources, as the customers will shift to less valued uses for their incomes. The overall deadweight loss reduces production, investment, and economic growth.

The amount of deadweight loss depends on how responsive the customers are to the change to a higher price. If they cut back a lot on their book purchases, then there is a greater excess burden. The overall excess burden of taxation in the USA has been estimated at about $1.5 trillion dollars, more than 10 percent of total output. So roughly, our standard of living would be ten percent higher if the deadweight loss were eliminated.

But this loss occurs every year, so if there had been no excess burden during the past several decades, the economy would have grown faster and would now be twice as high per capita as it is now. So the cumulative damage from excess burdens is huge.

Geoclassical economist Mason Gaffney has discovered that the excess burden is even worse, much greater than the effect from higher prices. People can buy books from catalogs and World Wide Web sites. When there is a global price for a book, the local seller cannot raise the price, since buyers will shop elsewhere. The taxes come out of his profit, and if profit becomes less than normal, the owner shuts down the firm.

The land won’t remain empty, as the use would shift to something else, possibly a use that generates less output and employment. Suppose a gas station replaces the book store, and with self service, requires only one worker instead of the 20 who worked at the book store. Since one can’t buy gas from far away places, the tax on the gasoline can be passed on to the customers. The 19 workers who lost their jobs would have paid taxes, so that revenue is now lost to the government. Those workers would have bought goods; now they have moved away, so there is less business in the area. The bookstore would have generated a greater market value of services than the gas station, and more taxes, so there has been a great reduction in output and taxes due to a shift in land use. That is the Gaffney quantum leap effect.

Possibly a firm that generates a high output but also has high costs is replaced by a firm that has much less output and employment, but a higher profit per item, so even if both firms cannot pass on the tax, the second firm with the higher profit will use the land. There is a quantum leap down to much less production, because the land use has shifted to one which has less output.

Quantum mechanics is a branch of physics that studies units of energy called “quanta.” The amounts of energy in a particle such as a photon of light have particular numerical values rather than a continuum. The quantum effect in physics is a leap from one energy state to another, as when electrons jump to another orbital shell around an atom. Gaffney has adopted the quantum term in physics as an economic analogy when one land use replaces another, and there is a huge jump or fall in production.

The loss of production due to quantum leap effects is unknowable, but most likely enormous, and increasing. Any shift from market-based output to punitive-tax-induced output will be to a less valued and less productive use. In a global economy, goods sold world-wide impose a market price ceiling, making it impossible to pass on tax costs to the buyers. The taxes eat into profits, and those enterprises with lower profit margins get squeezed out. This could be happening on a colossal scale.

But taxes on income also have quantum leap effects, since if a firm was only making normal profit before taxes, and it can’t raise prices, the tax will squeeze profits below normal, and the firm shuts down. Only if the land rent the firm pays gets also reduced can the firm survive.

Thus with quantum leap effects, much of the tax is at the expense of land rent, since reduced profitability generates less land rent. The reduction in rent depends on how much of added cost they can pass on to customers and workers. The income tax also falls on wages to the extend that workers worldwide are not perfectly mobile, as they indeed are not.

The only way to eliminate the Gaffney quantum leap effect is to directly tax rent instead of indirectly taxing it via taxes on revenue and profits. A shift to land-value taxation would therefore not just eliminate the deadweight losses caused by a reduction of the quantity of goods produced, but also the much greater quantum losses due to shifts to less productive products.

With the elimination of taxes on wages, sales, buildings, and entrepreneurial profits, the economy would take a quantum leap up to dazzling productivity. The demand for labor would surge and wages would jump to now unimaginable levels.

That’s quantum economics, not as difficult as the quantum mechanics of physics, but also far from obvious. The Gaffney quantum leap effect is the feather in the Georgist hat and should be taught in any enlightened and full-spectrum economics course.

Thanks to Mason Gaffney, the theory of the excess burden of taxation has now taken a quantum leap beyond those little triangles in graphs that economic textbooks show as the deadweight loss. We need to think big!  Gaffney has given us a quantum leap to greater economic understanding.