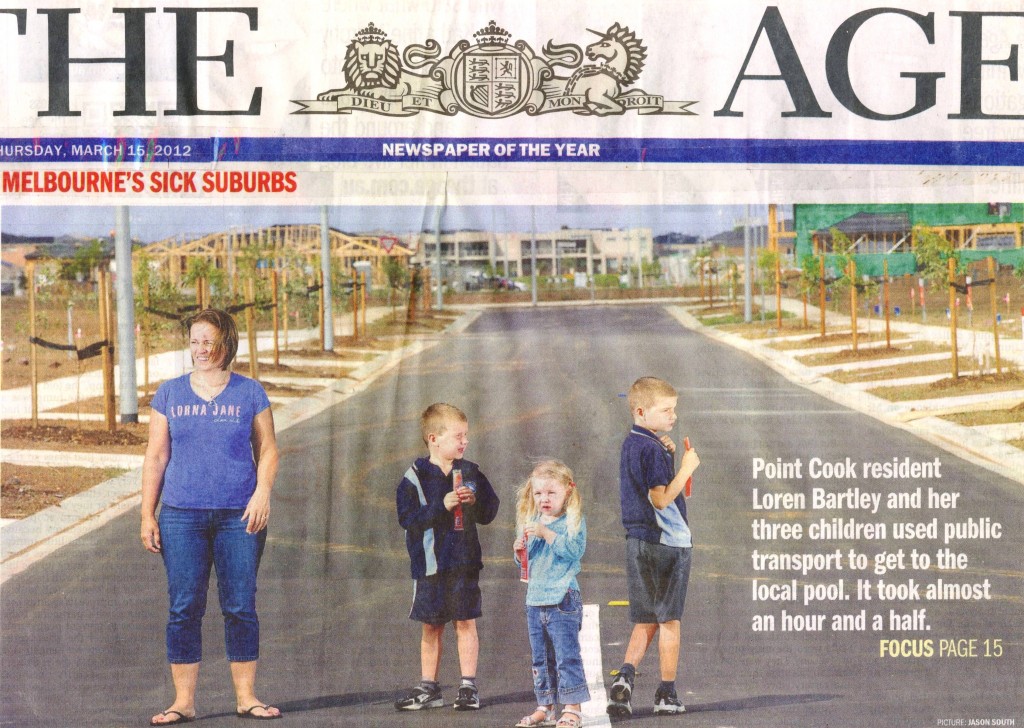 The Institute of Public Affairs (IPA) and their mate Wendell Cox from Demographia would probably call these people whingers, because there’s absolutely nothing wrong with urban sprawl nor its lack of infrastructure. People choosing to live in the sprawl are happy, they say.

Oh, and as for Lucy Turnbull’s idea of capturing some of the uplift in land values to pay for the provision of necessary capital works in these new locations, forget it, says the IPA.

You see, the IPA gets part of its funding from Gina Rinehart, so she who pays the piper will obviously call the tune.
I think Gina may have a bit of influence on Tony Abbott, too:- 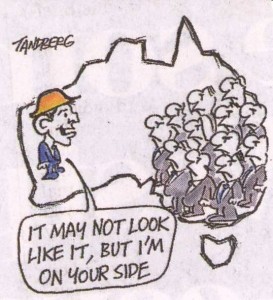 2 thoughts on “THEY SHOULD BE GRATEFUL!”