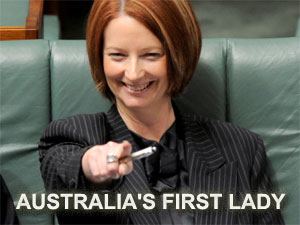 I was apalled at the nonsense that tried to pass itself off as reasoned discussion when 3AW shock jock Neil Mitchell interviewed mining magnate Clive Palmer on radio this morning.  It was hopeless.

C’mon guys, even the economic textbooks make the distinction between arbitrary taxes and targeted resource rents*, so in whose interests were you working this morning?  ‘Cos it certainly wasn’t the Australian people’s.

* “Pure rent is in the nature of a “surplus” which can be taxed without affecting production incentives.”  ECONOMICS – Second Australian Edition, Samuelson, Hancock and Wallace, 1975.

# If you can put aside an hour to learn about how the GFC is affecting Europe and what needs to be done about it, Professor Michael Hudson will bring you right up-to-date.