Usually I ensconce myself daily in front of my computer to tap out some of the more obviously bad financial news confronting Australia, to get it out of my system before getting on with my day, because the reasons have become so blatantly obvious to me. I can see it all ending as badly, or worse, for Australia than it did for the US, Ireland, Greece, et al.

Manufacturing continues to be replaced by speculative FIRE sector activity, which in turn has become cosseted and promoted by Australian governments. (“Aren’t we post-industrial anyway?”)

However, whilst the bad economic effects are indeed reported in the news, they tend to be reported as transitory events that will disappear over the horizon because “there is nothing structurally wrong with the economy.”

There is, you know: but efforts to get these structural weaknesses out to the general public are suppressed in the name of “maintaining confidence” in what any open mind would consider to be a doomed economy if they had all the facts. But the facts are difficult to get out in these circumstances.

Philip Soos and Paul Egan’s Bubble Economics: Australian Land Speculation 1830 – 2013 , worth thousands of dollars for its unique research data alone, should be a best-seller in economics. But what book companies would promote such a book in the current economic climate? It was therefore left to the World Economics Association to get it out on the web – for free. 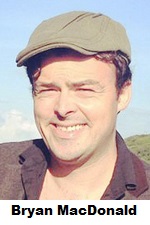 Much the same with Lindsay David’s book Australia: Boom to Bust. It happened to get a mention in a report on Australia by Bryan McDonald in Russia Today.

The inaction is frustrating – because if you don’t have all the facts about where the economy is failing, badly, the country will have no chance of repair before it disappears down the gurgler.

2 thoughts on “WHY IS IT LEFT TO “RUSSIA TODAY” TO PRESENT ECONOMIC FACTS ABOUT AUSTRALIA?”