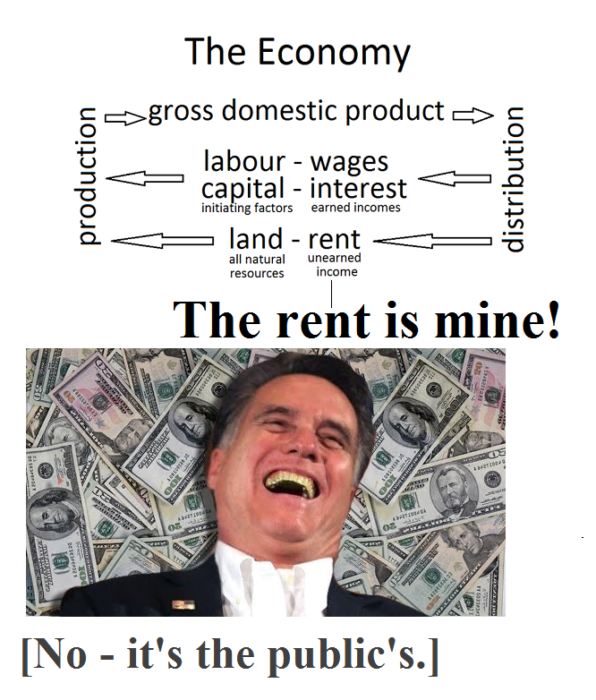 “Where’s the money coming from?” is often the cry of those to whom the money is flowing, the parasitical 0.1%, together with their less-likely-to-be-successful (but equally ambitious) rent seeking adherents.

It’s the job of our political representatives to ensure that what needs to be done gets to be done: such basic things as taking care of our roads, rail, ports, airports, energy, education, health, social welfare, public security and defence systems.

If governments take a proactive stance on these matters, there will always be enough money. That’s because the jobs attendant on these issues will fund themselves. If employment is taken to fulfill these tasks efficiently, the money will always flow to them, not vice-versa. Businesses take on additional employees in order to have them do additional work which will make the company greater profits. It is a public good when business employs extra people, but it is not done out of the goodness of its heart: the self-interest of the company is involved, and its workers are worthy of their hire.

The role of government is to assist business by organising the extension and maintenance of necessary physical and social infrastructure, and there is also a role for government administration and infrastructure itself. Although mixed economies have been the hallmark of all successful nations, the point has been lost over the last forty years on supporters of the ideas of Ayn Rand, whose malign influence has achieved political prominence.

“There is no role for government” has seen natural monopolies like power supply, freeways, and airports, whose rents had flowed into the public coffers, sold off to rent-seeking companies in the name of competition and free enterprise. However, once in place for a number of years, we’ve seen their excesses prove to be a faux-competition. It would be a worthy public aim to seek to retrieve control of these natural monopolies, because this was once correctly perceived to be an important role of government.

So when the cry does go up: “Where is the money coming from?” in connection with any worthwhile public expenditure, people may need to be reminded that the central government has control of money-printing and, if the jobs are there to be done and people do them, they ought to be paid for their work.

This is not the case with rent-seekers, however. They have carried out no work in capturing unto themselves the publicly-generated economic rent, the net surplus, which accounts for some 30% of the national economic pie. It is the job of good government to see that this is returned to the public coffers.  This is a secondary source from which ‘the money’ should come.