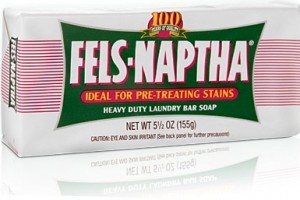 Millionaire Joseph Fels (1815 – 1914) once received the following begging letter from the Dean of a theological institution:

Having read much of you and your many acts of charity and philanthropy, I write to ask for a donation from you for our institution. It may seem strange that I ask this of one who is not of our faith, yet I have read in some of your speeches that you make no distinction of race, creed, or color, and that you regard all men as your brothers; that you believe in the Brotherhood of Man and the Fatherhood of God. Thus you are teaching what our institution teaches, and our school is doing, as best it can with limited means, the work you are trying to do. …

Fels’ response cut the ground from under the Dean and those who believe charity can ever be a replacement for economic justice:-

TRUE CHRISTIANITY AND MY OWN RELIGIOUS BELIEFS

Replying to your communication, I am at a loss to know where you have read of my acts of charity and philanthropy.” I am not a philanthropist, and give nothing to charity. When you say I am not of your “faith,” I suppose you mean of your creed. Let me state my faith, and we can see wherein we differ.

I believe in the Fatherhood of God, and therefore in the Brotherhood of Man. By “Man,” I mean all men. So far, I suppose we agree.

I believe that the Creator freely gave the earth to all of His children, that all may have equal rights to its use. Do you agree to that?

I believe that all are violating the divine law who live in idleness on wealth produced by others, since they eat bread in the sweat of their brothers’ brows. Do you agree?

I believe that no man should have power to take wealth he has not produced or earned unless freely given to him by the producer. Do you agree?

I believe that brotherhood requires giving an equivalent for every service received from a brother. Do you agree?

I believe it is blasphemous to assert or insinuate that God has condemned some of His children to hopeless poverty, and to the Crimea, want, and misery resulting therefrom, and has, at the same time, awarded to others lives of ease and luxury, without labor. Do you agree?

I believe that involuntary poverty and involuntary idleness are unnatural, and are due to the denial by some of the right of others to use freely the gift of God to all. Do you agree?

Since labor products are needed to sustain life, and since labor must be applied to land in order to produce, I believe that every child comes into life with divine permission to use land without the consent of any other child of God. Do you agree?

Where men congregate in organized society, land has a value apart from the value of things produced by labor; as population and industry increase, the value of land increases, but the value of labor products does not. That increase in land value is community-made value. Inasmuch as your power to labor is a gift of God, all the wealth produced by your labor is yours, and no man nor collection of men has a right to take any of it from you. Do you agree to that?

Therefore, I believe that the fundamental evil, the great God-denying crime of society, is the iniquitous system under which men are permitted to put into their pocket, confiscate, in fact, the community-made values of land, while organized society confiscates for public purposes a part of the wealth created by individuals. Do you agree to that?

Using a concrete illustration: I own in the city of Philadelphia 11½ acres of land, for which I paid 32,500 dollars a few years ago. On account of increase of population and industry in Philadelphia, that land is now worth about 125,000 dollars. I have expended no labor or money upon it. So I have done nothing to cause that increase of 92,500 dollars in a few years.

My fellow-citizens in Philadelphia created it, and I believe it therefore belongs to them, not to me. I believe that the man-made law which gives to me and other landlords values we have not created is a violation of the divine law. I believe that Justice demands that these community-made values be taken by the community for common purposes instead of taxing enterprise and industry. Do you agree?

That is my creed, my faith, my religion. Do you teach that, or anything like it, in your theological school? If not, why not?

I have a right to ask, since you have asked me for money. If you agree to my propositions, but do not teach them, tell me why. If I am in error, show me in what respect. I am using all the money I have to teach my creed, my faith, my religion, as best I can. I am using it as best I know how to abolish the Hell of civilization, which is want and fear of want. I am using it to bring in the will of our Father, to establish the Brotherhood of Man by giving each of my brothers an equal opportunity to have and use the gifts of our Father. Am I misusing that money? If so, why, and how?

If my teaching is wrong and contrary to true religion, I want to know it. I take it that if you are not teaching religion to its fullness, you wish to know it. Am I correct?

What I teach may be criticized as mixing politics with religion, but can I be successfully attacked on that ground?

Politics, in its true meaning, is the science of government. Is government a thing entirely apart from religion or from righteousness? Is not just government founded upon right doing?

If my religion is true, if it accords with the basic principles of morality taught by Jesus, how is it possible for your school to teach Christianity when it ignores the science of government? Or is your school so different from other theological schools that it does not teach the fundamental moral principles upon which men associate themselves in organised government? Do you question the relationship between taxation and righteousness?

Let us see. If government is a natural growth, then surely God’s natural law provides food and sustenance for government as that food is needed; for where in Nature do we find a creature coming into the world without timely provision of natural food for it?

It is in our system of taxation that we find the most emphatic denial of the Fatherhood of God and the Brotherhood of Man, because, first, in order to meet our common needs, we take from individuals what does not belong to us in common; second, we permit individuals to take for themselves what does belong to us in common; thus, third, under the pretext of taxation for public purposes, we have established a system that permits some men to tax other men for private profit.

Does not that violate the natural, the divine law? Does it not surely beget wolfish greed on the one hand, and gaunt poverty on the other? Does it not surely breed millionaires on one end of the social scale and tramps on the other end? Has it not brought into civilization a hell, of which the savage can have no conception? Could any better system be devised for convincing men that God is the father of a few and the stepfather of the many? Is not that destructive of the sentiment of brotherhood?

You say that you need money to train young men and fit them “to carry the Word to the heathen of foreign lands, and thus be instrumental in dispelling the darkness that reigns among millions of our brethren in other lands.” That is a noble purpose. But what message would your school give to these young men to take to the benighted brethren that would stand a fire of questions from an intelligent heathen? Suppose, for example, your school sends to some pagan country an intelligent young man, who delivers his message; and suppose an intelligent man in the audience asks these questions:

“You come from America, when your religion has been taught for about 400 years, where every small village has one of your churches, and the great cities have scores upon scores. Do all the people attend these churches? Do your countrymen generally practice what you preach to us? Does even a considerable minority practice it? Are your laws consistent with or contrary to the religion you preach to us? Are your cities clean morally in proportion to the number of churches they contain? Do your courts administer Justice impartially between man and man, between rich and poor? Is it as easy for a poor man as for a rich one to get his rights in your courts?

You have great and powerful millionaires. How did they get their money? Have they more influence than the poor in your churches and in your congress, your legislatures and courts? Do they, in dealing with their employees, observe the moral law that “the laborer is worthy of his hire”? Do they treat their hired laborers as brothers? Do they put children to work who ought to be at play or at school? Do your churches protect when the militia is called out during a strike, or do they forget at such times what Jesus said about the use of the sword?

After four centuries of teaching and preaching of your religion in your country, has crime disappeared or diminished? Have you less use for jails? Are fewer and fewer of your people driven into madhouses, and have suicides decreased? Is there a larger proportion of crime amongst Jews and infidels than among those who profess the Christian Religion?”

What answers would your missionary return to these questions? How would you answer them?

I do not attack Christianity. The foregoing questions are not intended as criticism of the great moral code underlying Christianity, but as criticism of the men who preach, but do not practice that code. My contention is that the code of morals taught to the fishermen of Galilee by the Carpenter of Nazareth is all-embracing and all-sufficient for our social life.

I shall be glad to contribute to your theological school or to any other that gets down to the bedrock of that social and moral code, accepts it in its fullness, and trains its students to teach and preach it regardless of the raiment, the bank accounts, the social standing or political position of the persons in the pews.

5 thoughts on “WHERE RELIGIONS GO WRONG”