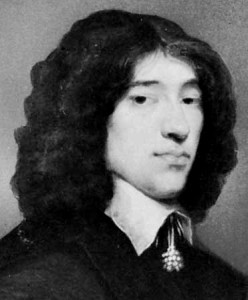 Whilst they may also value properties by direct comparison with sales evidence, real estate valuers (appraisers in the US, or chartered surveyors in the UK) often rely on the theory of valuation to find a property’s market value: they will capitalise the property’s sustainable net rental at a yield demonstrated by the local market.

Therefore, the notional average income for Britain’s six  million people was £6.13.4 per head.

Petty’s separate valuation of Ireland in which he applied an exceptionally high capitalisation rate of 14.3% (i.e. only seven years’ purchase!) to her total rent is explicable in terms of the country remaining in tatters after Oliver Cromwell had decimated the Irish population several years earlier.

That Petty completed the Down Survey, an accurate valuation of Ireland in only thirteen months in 1655-56 (by using the cheap labour of Cromwell’s now unemployed soldiers following the conquest) was quite remarkable.

Petty, it seems, had employed Ricardo’s Law of Rent, the basis for the theory of valuation, one hundred and fifty years before Ricardo had ‘discovered’ it!

With no disrespect for Adam Smith, some still see Petty as the father of modern economics.  Understanding the role of land in the economy was critical to classical economic analysis.  Although it is even more critical today, it is ignored.

How land rent and the theory of valuation has gone backwards under the modern economist!  Instead of surface land rent remaining near Petty’s estimation, as about 30% today, the neoclassical economist continues to promote the lie that it is now only about 1%.

So much for good quality national accounting, and the consideration of land rent as an unearned income.

The Great Untruth is the main reason for the global financial collapse – and the 0.1% manage to keep it in circulation by way of the pathological study into which modern economics has degenerated.

Bring back the intellectual rigour of Sir William Petty and the classicists!