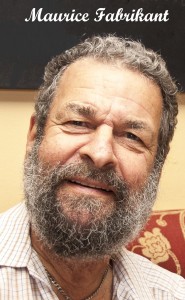 A BLAST FROM THE PAST MAKES A POINT

Maurice Fabrikant, then President of Tax Reform Australia was invited onto Melbourne ABC 774 Radio’s  “Drive” Program on 20 August 1998 by Terry Laidler, ‘to explain the ideas of Henry George’.

On arrival, Maurice observes that academic, and former editor of Australian Tax Forum, Rick Krever, is also present in the studio.  Laidler, a bright interviewer, former priest, and now also an academic himself, may have become a little uncomfortable at the thought of interviewing a Georgist on his own, so it seems Krever has been brought along to ‘ride shotgun’, so that Laidler can better present himself as the ‘impartial’ interviewer. This interview is typical of the “good cop, bad cop” approach.

Henry George wrote his magnum opus Progress and Poverty after he had been given the sinecure position, Inspector of Gas Meters. That does not deter Krever from turning George into an uneducated gas meter-reader. The interview is a classic!  Look for all the usual diversions [from Laidler], and ad hominems [from Krever], that Georgists have come to expect in radio interviews. Remember, these men are not simpletons; they are both academics!

TERRY LAIDLER (TL):   …but I think what the Henry George League, and Maurie Fabrikant here representing it, is arguing is that the system which we know is a good one – you pay for what you take from the public domain and appropriate it to yourself – can be applied across the board.

RICK KREVER (RK):  Yeah, I always point it out, there’s certainly a long held, a lot of support for it over a long period, indeed Henry George came up with the theory in 1879, so it’s more than 100 years old now, and, well, it was a period when there was a lot of economic turmoil around the world. Karl Marx was writing “Das Kapital”, the movements towards income tax for the first time in a lot of developed countries, and faced with a lot of depressions and a lot of fluctuations in the market, a lot of Utopian economists – although Henry George wasn’t actually an economist, he was a gas meter reader, self-taught, who left school before he was 14, left school at 13, got on sailing ships, went to Canada to, trying to remember back to my history, but he went to Canada to go to the gold rush, missed the gold rush, got there too late, went back to California, got a job as a gas meter reader for the state government and starting reading, literally started reading economics, and came up with this theory which is….

RK:  No, no, no – but I’m just saying, just to understand, to put it in context, it was a time when people were looking for, …obvious, simple solutions ….that is, the world was really complex, so people look for an answer, there was half a dozen at the time, his has lasted longer….

TL:  But the simplicity argument with taxation has come back again – we’re been told this version of a consumption tax that we’re looking at in Australia at the moment is a better one because it’s simple. I can think of a whole lot of other consumption tax regimes you could have but one of the criteria you use to assess it is simplicity, and that’s what’s appealing with what Maurie’s arguing

RK:  Well, I think everyone agrees you want a simple tax – complex taxes cost the community money, they cost taxpayers money, they cost the government a lot to administer them. The difference between this proposal and others is it’s unique – that is, we get rid of everything, we have one tax, that solves all the problems, and I guess one of the reasons it never sort of caught on – two reasons it never caught on – One, the world’s a little too complex for simple solutions, so that it can’t apply to all sorts of modern commerce and modern transactions, and it also doesn’t work very well as it turns out, if you have an international economy. That is, you could possibly do it, indeed Hong Kong sort of did it for a little while, with a lot of reliance on land taxes in Hong Kong as the main source of revenue, but in terms of international trade it’s hard to do.

TL:  It’s not just a land tax you’re arguing for, is it, as I understand it, Maurie?

MAURIE FABRIKANT (MF) [at last !]:  … Natural resources, Terry – whatever is not man-made and to which some exclusive access has been granted to an individual or to a corporation – well, that individual or corporation has to compensate the rest of the community because …

TL:  So you don’t have any problem with a pollution tax? If I’m going to burn something and emit it into the atmosphere, I’m using up, in a real sense, the clean air, so you’d have no problem with that sort of tax?

MF:  Except that I believe that it would be very, very difficult to measure

TL:  A carbon tax – people are talking about it all around the world at the moment?

MF:  Yeah, well, what are the details, Terry?

TL:  Substantially, you pay on the basis of the amount of carbon dioxide you emit.

MF:  How is that measured?

RK:  It happens in a lot of countries, actually. And what they do, they simply say, “How much petrol produces how much carbon dioxide, so you tax at the input levy – you tax natural gas, petrol, coal and so forth.

MF:  Does that mean that I would be taxed more if I performed vigorous physical exercise because I’m going to exhale more carbon dioxide in a 24 hour period?

TL:  Because I think, relative to the amount of carbon dioxide a car puts out, you’re pretty – now you won’t like this – you’re pretty insignificant, Maurie!

[Pay-As-You-Earn distraction on the timing of tax collection]

TL:  Do you have a view on this, Maurie, or are you so committed to the fact that an income tax is wrong that you won’t even have a view on which way you’re  going to collect it if you have one?

MF:  Terry, I believe that it’s incontestable that as you increase the rate of income tax you reduce the rate of employment. Now, if we’re really serious in trying to reduce unemployment, then we must reduce taxes on labour. Now, I don’t see any way over that.

TL:  OK, so the way you collect it is incidental, the tax itself is the problem.

RK:  It’s interesting, though, if you look at the empirical evidence, the United States had it’s period of highest employment – the top rate was just over 90% – and that, historically, most countries that rely more on income tax …. have …. higher rates of employment, so I don’t know if you’d  want to start drawing those conclusions.

TL:  The empirical evidence is against you, Maurie.

MF:  Well, I’m not even sure that’s true. It may well be that the maximum marginal rate is very very high, but the rates for the average person may be quite low. Until we know what the details are, I don’t think the generalisation Rick made is necessarily accurate.

TL:  I think the equity argument, as it applies to taxation, Rick, typically means a theory which says, “Those who have access to more wealth contribute more to the common good.” That’s  basically how the phrase is used  in the taxation system, isn’t it?

RK:  Yeah, “ability to pay” is the catchword.

TL:  You say it’s wrong, of course, Maurie. You say that the generation of wealth is something we should encourage – it’s the use of resources when it’s inequitably distributed that’s accounted for in your taxation system.

MF:  I’m not sure that I followed all of that, Terry, but I would like to say that just because somebody earns a large income doesn’t necessarily mean that they have a great ability to pay because they may have some very, very heavy expenses. Now, regrettably, the personal income tax system does not allow most people to claim for highly legitimate expenses, so basically personal income taxes are based on gross income, which is grossly unfair.

TL:  Here’s an idea that came in an email the other day from a guy who – I can’t think of his name  – suggesting that, to the extent that there was an argument for a consumption tax to combat the Black Economy, there was a much simpler solution. He was suggesting that money have a “Use By Date” – that, in fact, a note was only current for 5 years, and that, every 5 years, you can see your “Use By Date” on your money, and every 5 years it had to be traded in at a bank for another note of an equal value, and that  way – at least every 5 years – any money that retained any value would move through the banking system and so there’d be no Black Market.

RK:  There isn’t much of a cash economy any more, really. We talk about this as being the cash economy but people don’t use cash, Terry – I mean, I never use cash… I have little cards that I stick in machines, and buy everything with cards.

TL:  You mightn’t, but I think there’d be a few trades in which you might find there’s cash changes hands.

RK:  Yeah, sure, sure, you might pay with cash but then it goes into somebody’s bank account.

TL:  Right, but it’s got to go into their bank account as something, doesn’t it?

[query about a bank debits tax]

TL:  Is it just too simple? Could you combine the two ideas – the idea of money with a use-by date and only a banks’ transactions tax to make sure that all value that passed around in the community got taxed?

MF:  Terry, I can’t quite cope with this use-by date business. OK, if I’ve got a coin which is going to be absolutely useless to me tomorrow, OK, I go to a bank and I trade it in on a different coin. How the hell does that help anybody?

TL:  Well, I suppose you’d then have to put in place some taxation system on bank transactions.

MF:  We already have that.

RK:  There’s a movement in Queensland, a strong one similar to site value as a single answer – they say the only tax we have is taxing bank transactions. Unfortunately, it ignores the fact that you’d don’t have to move money through an Australian bank so that we wouldn’t actually be taxing anybody but, yeah, it’s another Utopian tax, as they call them. Come up with the …..

RK:  Well, I think that’s right. I think that the more tax bases you have, the less damage there is if you got it wrong.

TL:  And, Maurie, you are still absolutely committed to basically some sort of natural resource rental taxation?

MF:  Terry, we can look at every country in the world – most of them derive most of their income from taxes on labour or taxes on exchange, and all of these countries are heading downhill.

If he was lucky, Maurie Fabrikant may have been permitted two minutes on Laidler’s program. The purported reason for the interview, remember, was to get the President of Tax Reform Australia to explain the benefits of the ideas of Henry George!

The tactic was classical. That’s how you work for the status quo.

You will unfortunately always be able to find any number of ignorant academics who will divert, obfuscate and deride, rather than discuss how Henry George’s ideas would make the plutocracy pay their fair share, stop bubbles and recessions, reduce land prices, and reduce all those taxes that tear societies apart … as is happening now in Greece, Ireland, Spain, Portugal, Italy … and across the USA.