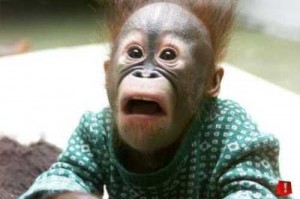 I mentioned on Sunday that China has belatedly recognised the gigantic problem latent in its property bubble, but that we haven’t done anything about ours.  We’re going to ride it out, after having force-fed our residential real estate market with (first) the first home owner’s grant and (second) the first home owner’s boost.  If the Real Estate Institute of Victoria has its way, these will be followed by a third boost to the residential real estate sector.

As with the banks, it’s deeply ironic that the real estate profession, the very bastion of so-called ‘free enterprise’, is extending out its hand as a supplicant for privileged perks. So far, and presumably unto the death of the economy, the Rudd government has come to the party.  The government has also bet Australian taxpayers’ money on our banks’ ability to survive the upcoming real estate crash.  What chance, then, of the credit and property markets finding their own levels without unmitigated disaster? In today’s Business Spectator, Karen Maley reports on Andy Xie’s concerns that China hasn’t done enough about its property bubble.  Might I observe that it has done a lot more than we have?

However, Peter Martin tells us in today’s Sydney Morning Herald that a federal land tax is off the agenda as far as the Henry Tax Review goes.  While this might seem to be good news to many Australians on Australia Day, if it’s true, the Chinese action to subdue the property market suggests that Australia’s lack of fortitude in this respect will prove to be incredibly bad public policy.  But, of course, every western government is still taking advice from the same orthodox economists who drove us into this mess. Incredible!

Maybe it’s easier to set a proper economic course in a communist economy than in a democracy, even though the property bubble explains the crater into which westen economies are tanking.  (Other than the Land Values Research Group‘s data,  Patrick in the USA, House Price Crash UK, and Bubblepedia in Australia all clearly attest to this.)

In view of the wests’ absolute inaction on ramping property taxes up – to keep the lid on speculation (yes, ESPECIALLY when prices are heading down!), and so that taxes on productivity can be slashed – we’re quite entitled to inquire just to what extent western governments ARE in the thrall of property lobbies.