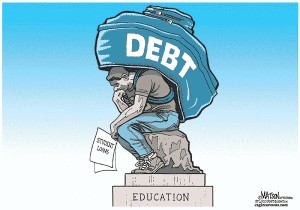 It’s 209 years—1807 to 2016—since Britain abolished chattel slavery.  However, have you noticed she hasn’t troubled herself to abolish wage slavery yet – because that would REALLY piss the upper class off?

If the unearned rent of land—owed equally to everyone because it’s not a creature of the British upper class but of society as a whole—was captured both for public revenue and the distribution of a universal basic income, then the super wealthy would lose their privileges that tax laws currently grant, or gift, them.  We’d all be treated fairly.

But the British middle class and the rest of the world are so completely ignorant of the one third of GDP that is the economic rent of our natural resources, they actually believe land rents are owed to the holders of title – including the banks. Hey, guys! They’re YOURS!  Equally!

So, how long is it going to take to finish off the work begun by Wilberforce et al to put an end to the aristocracy’s slavery and rent-seeking?  When WILL the poor and middle class come to see they are indeed little more than try hard wage slaves: viz, real wages have actually declined since the early 1970s since the rent-seeking aristocracy began to improve its techniques of mercilessly ripping us all off?  (The ‘privatisation’ of our rent-yielding natural monopolies, gas, water, electricity, highways, has further aided them and cost everybody else.)