If you jump off the top of a tall building, you’ll go splat at the bottom: that’s simple physics.

We are told economic laws are not as certain as those of physics, but this isn’t so.

It’s not coincidental that none of those heterodox people who forecast the world financial collapse treat land simply as another form of capital, as does today’s orthodox economist.

Many of them understood that land price is a pathology. Others, such as Robert Shiller and Joseph Stiglitz, knew that when land prices are permitted to develop into a bubble this is certainly a most unhealthy phenomenon.

Not so witless orthodox economists.

They still believe land price is simply a function of supply and demand, and don’t regard the private capture of more and more land rent as socially devastating.

They don’t see banks as privatisers of capitalised land rents.

Therefore orthodox-trained RBA, APRA and ASIC and Productivity Commission economists were not to be found amongst those who foresaw the financial bust.

Why, then, are these people putting their hands out for a pay packet, let alone still being permitted to oversee finance and productivity? 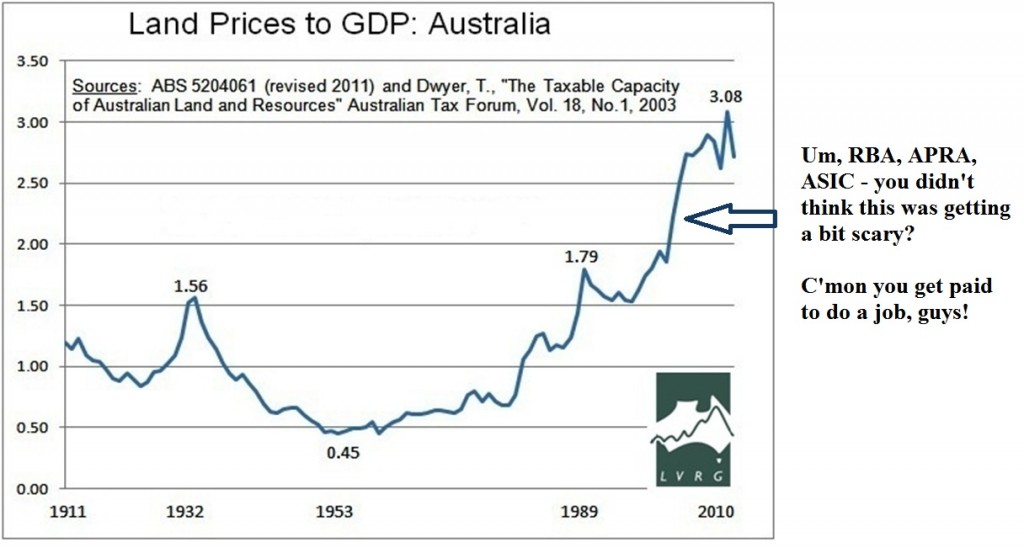 6 thoughts on “UNDERSTANDING CAUSE AND EFFECT”