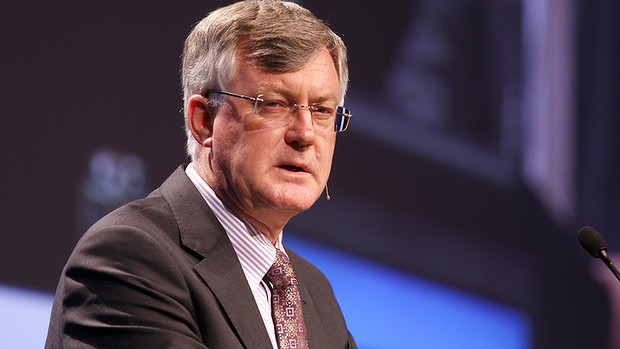 Australia might look to New Zealand for leadership in many things, head of Treasury Martin Parkinson, but not to increase our goods and services tax (GST).

The GST was going to put an end to Australia’s cash economy and it has done nothing of the sort in the last fourteen years. Record amounts of GST are being avoided.  If we increase the GST, honest people will pay more, but not those operating within the cash economy.

Let’s start at the beginning, Martin.

A comprehensive review of the tax system by your predecessor, Ken Henry, showed that 115 of our 125 taxes raise only 10% of Australian revenue. Why not abolish them, and all their bureaucracy and deadweight, Martin?

We have an ageing society, and an increase in income tax will simply bring forward the retirement plans for many people. So forget income tax increases.

Now, there is land tax, Martin. It is administered by lazy state governments who have thresholds, exemptions, multiple rates and aggregation provisions, all of which make a mockery of the equity of land tax. A single rate land tax, applied to every property in Australia–and we do have a site value assessed on every property–would be the most equitable source of revenue. This statement is supported by the KPMG-Econtech study of Australian taxes.

But you couldn’t rely on the states to reform their land taxes in concert, so why not abolish the mish-mash of state land taxes and re-introduce the federal land tax which was abolished in 1952 after 41 years? This would then be rebated back to the states on the basis of how much land tax revenue came from each state.

With the efficiencies  engineered by the abolition of 115 taxes and the introduction of new federal land tax–where owners and tenants would pay their fair share–there’d be great scope then to abolish stamp duties and payroll taxes – both counter-productive taxes.

Martin, we could lead the world in establishing an honest and efficient tax regime. We don’t have to make the same mistakes as New Zealand.

And Treasury must come to see cause and effect of the boom and bust.

[ps. You’re right about an upcoming recession, although it’s actually a depression, Martin.]