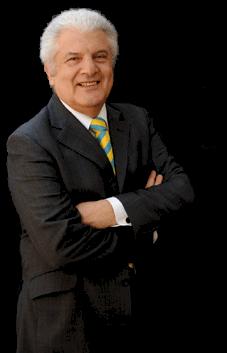 How to Outlaw Cheating and Save Our Civilisation

The West faces an existentialist crisis which cannot be resolved within the current paradigm of politics and laws. This thesis, advanced by Fred Harrison, traces the pathologies of the 21st century to a culture of cheating that is too deeply embedded to be eliminated by the ruling elites. A Great Awakening is needed, to generate the power to motivate a mass movement behind reform.

The author’s “decline of the West” prognosis is grounded in a sociogenic survey of the conditions that led to the evolution of humanity. Harrison classifies the natural laws on which healthy societies rely for long-term viability. Armed with insights from anthropology, evolutionary psychology and history, the author exposes the cheating at the heart of civilisations that collapsed, in the past, a cheating which is now corroding the foundations of western civilisation.

Cheating as a social process arises when that part of a population’s income which everyone helps to create is privatised. Economists call that income economic rent. It made possible the formation of the social “commons” – all the components of what constitutes the collective consciousness of humanity. Today, the West is weakened by the sustained onslaught on the rents that measure the value of services provided by nature’s and society’s commons. So many people now want to live off rents that they cannot be supported by the people who add value to the wealth of the nation.

In the past, those who sought to live off the labours of others preserved their privileges by perverting power. The power of creativity was corrupted and diverted away from the common good. As a result, societies are not now grounded in the authentic cultures that would otherwise have emerged as expressions of the preferences of free people. The outcome is a perverse social structure whose agents are incapable of recognising the cause of problems like institutionalised poverty and environmental degradation.

The author shows that pre-literate peoples successfully created sustainable communities because they assigned property rights in nature to their deities. This tradition was maintained by the first monotheistic religion. The Old Testament elaborated the theology of land. It was a covenant with God: the gift of land in return for living a moral life that freed people to realise their human potential. The biblical stories are focused on what goes wrong when that sacred covenant is breeched. The outcome is the trauma of landlessness. The Old Testament provides one template for re-basing society on principles that would re-establish harmonious relationships between people, and between them and their natural habitats.

Secular declarations of human rights, like the UN’s Universal Declaration of Human Rights, do not reflect realities on the ground. The “rule of law”, as currently constituted, cannot lead to the realisation of each person’s freedom while society is captured by a privileged class of rent seekers. This thesis is tested against the histories of the UK, Argentina and China. The evidence demonstrates that populations are traumatised when they are violently disconnected from their natural habitats. China is a real-time study of a population being converted into that state of trauma.

Social progress in the past was driven by the re-awakening of spiritual and moral sensibilities. A new Great Awakening is needed to inspire the leadership required to rescue a globalised civilisation that many observers believe is in decline. Harrison challenges those who want the awakening to be inspired by scientific reasoning. The secular approach, he argues, needs to provide a compelling account of how the rule of law can be reconfigured to deliver the justice that is embedded in natural law.

It is not too late to rescue the West from a looming Dark Age. Harrison explains that society’s automatic stabiliser is the pricing mechanism that treats land rent as the public’s primary source of revenue. If this financial formula is adopted, it would be possible to pay off the debts that now burden nations and enhance everyone’s employment prospects. This would facilitate the transition to re-balanced communities in which people were free to enjoy healthy lives unimpeded by cheating.