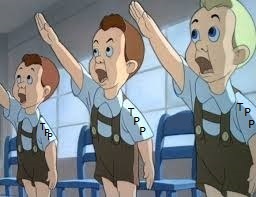 Eighty per cent of Australian mining is overseas-owned, and these foreigners joined locally-based miners to resist the Rudd Labor government’s proposed resource super profits tax (RSPT), spending $22 million in campaigning and advertisements against Australians capturing their own resource rents.

The campaign was effective:  it worked by scaring people.  In one of the greatest political cop-outs in Australian history, the fearful Gillard-led Labor government immediately did a quick back-flip deal with a handful of big mining companies to water down the RSPT into the lily-livered minerals resource rent tax (MRRT).

This matter ought to have provided a lesson for us.  Australians should have come to see it as a fraud visited upon them by private rent-seeking interests with plenty of money to spend on propaganda.  Petty political issues and sporting matters diverted public discussion, however, and the question of capturing our mining rents has become a dead letter.

The next matter on which politicians are about to sell Australians out to overseas interests is the Trans-Pacific Partnership.  Be warned!  Readers’ time would be well spent in listening to Geraldine Doogue’s interviews this morning regarding the downside of our political elite wishing to lock Australians into the vicissitudes of foreign investment:-