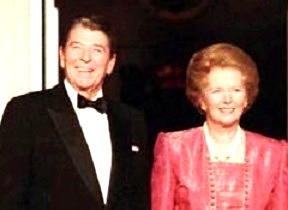 Let’s hope it’s the end of an era.

It’s not to be doubted that governments have made terribly wrong decisions, but it’s nonsense to believe that anything connected with government must therefore be bad. Ironically, an open-minded read of Ayn Rand’s “Atlas Shrugged” which is meant to make the latter case fails completely to do so.

The most successful economies will be those free enterprise mixed economies in which government plays an essential role.

The greatest error of the Reagan-Thatcher era, to which many current day governments are still obviously wedded, was the selling off of natural monopolies as ‘a matter of principle’. These had been built on the backs of our forbears whom we disrespected terribly for the sake of a dollar when things got tough.

It was quite wrong, just as ‘user pays’ often is. Let the beneficiaries–usually the 1%–pay, the rent.