I’ve explained previously that privatisation of the public’s rent is the mechanism by which the earnings of the 99% are stolen by banks and other parts of the 1%. I’m confident the public are beginning to awaken to the fact.

However, the current tax regime not only forces people to deliver the land rent – owed equally to all Australians – to the 1%, but, by not capturing our rent for public purposes, the deep sickness of rising land prices tends to increase exponentially – certainly NOT simply because of population increase and zoning controls, but because more and more economic rent has been permitted to be privately expropriated and capitalised further into rocketing land prices.

Oh, there’ll be an adjustment alright, as our incredible level of household debt finally comes home to roost.  Like the rest of the world, the mega greedy have run us right out of the effective demand that might keep the economy limping along. They took too much for themselves for too long.

Meanwhile, the fact that increases in Australia’s land prices are at the expense GDP growth is clearly shown in these three charts I’ve updated. The third chart demonstrates that so-called ‘booming’ real estate markets lead and direct the economy into regular recessions – or worse.

That’s how economies are killed. 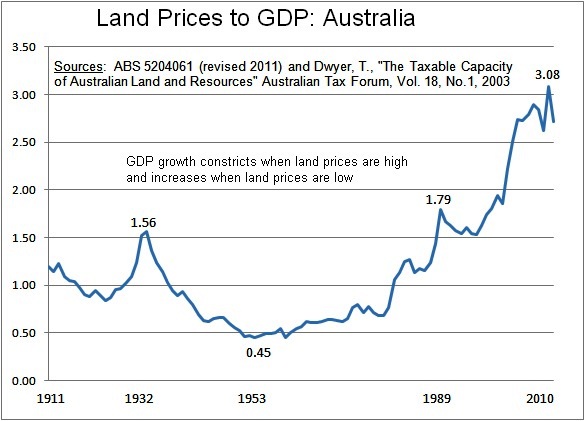 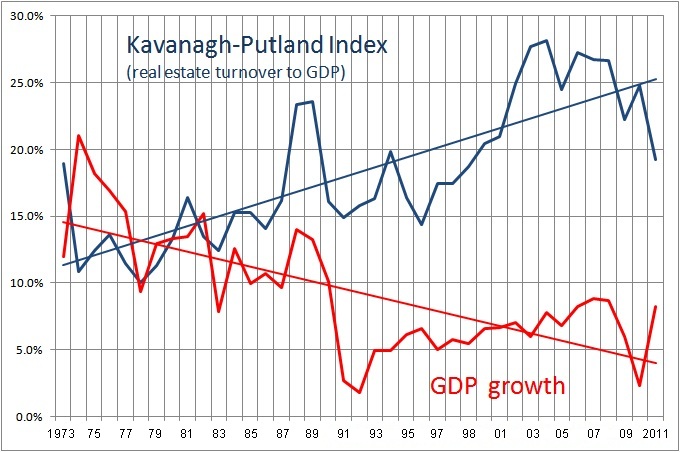 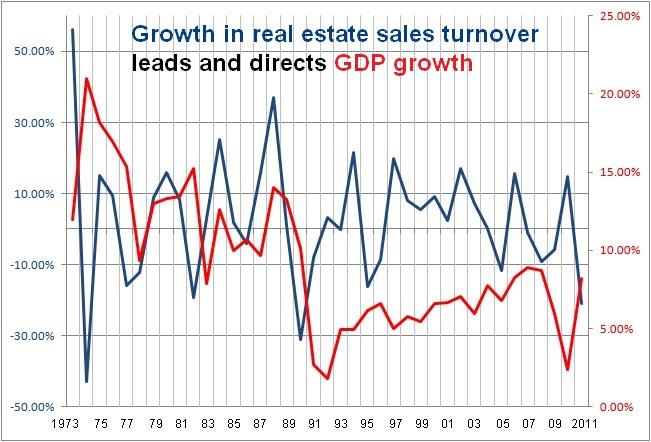 One thought on “THREE CHARTS”