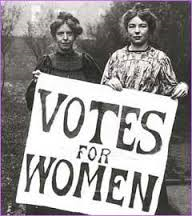 What’s different today that we are unable to see what people and governments in the western world saw and understood one hundred years ago during the Progressive Era?

“Unable to see” or don’t want to see?

In Australia, we instituted a federal land tax in 1910 to break up the big estates, and we also decided our federal capital would capture the rent of land, instead of allowing land prices to develop speculatively in Canberra. Railways, dams, sewer and water reticulation and highways were also funded in the States by land value capture.

People danced in the streets of London when the 1909 People’s Budget set England on course for the introduction of a land tax.

Also inspired by the ideas of Henry George, the US witnessed a series of enlightened politicians, both Republican and Democrat, run political corruption to ground and correct it. As Governor of New York, Al Smith implemented land revenues to regenerate the State at the same time as a number of other states constructed public infrastructure by funding it out of the uplift in land values provided by these public works. Was it not fair enough that States sought some return on their investment, instead of levying nefarious taxes on labor and capital?

However, these principles have all been forgotten today as public services are threatened by inadequate funding. The Australian government is representative of what is occurring in much of the western world in its attempts to cut welfare, education and health spending, employing the mantra “Where is the money to come from?”

Could it be that many more of us, including our federal and state politicians, are now invested in property today, so we don’t want to be taxed on our land values, land values to which public infrastructure contributes, but we believe is sacrosanct and belongs to us as individuals?

So, to the extent we inflate property bubbles and household debt as we tax workers and business for their productivity, world economies continue to decline.  It’s pretty straight forward, isn’t it? However, if you’re looking for any mainstream analysis demonstrating the inverse relationship between property bubbles and GDP, you almost certainly will not find it.

That clearly wasn’t the case in the Progressive Era.