To solve any political problem at all, whether it be collapsing economies, unemployment, poverty, sustainable population, the environment, or how infrastructure can be self-funding, the 21st century needs urgently to rediscover economic rent, because rent was central to classical economics.

That’s because about 50% of the economy is rent, yet nobody understands anything about it at all now.

I’ve quantified land rent alone, i.e. before mineral rent, spectrum rents, fishing, forestry and aircraft path licenses, to be 32.5% of GDP in 2007, enough to replace taxes at all levels of government in Australia, so if we also captured these rents to the public purse instead of taxation (no, they’re definitely not taxes!), everyone would additionally be able to receive a citizen’s dividend. There’d never be any need for unemployment benefits nor pensions of any kind. 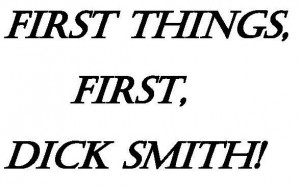 So, to hear on ABC radio this morning in “Australia All Over” that entrepreneur Dick Smith is concerned about Australia’s population growth, without mentioning taxation or resource rents at all, is perplexing.

Dick, you seem to miss the point that the Reverend Thomas Malthus has already been proven wrong: food supply has indeed been able to grow at a greater rate than population growth, despite his gloomy forecasts to the contrary.

Do I hear you say “But look what population is doing to the Australian environment, Bryan?” No, Dick, in a British journal in 2001 I forecast a global financial collapse by 2009 because of the failure of governments to capture for revenue the annual value of land (what economists call ‘economic rent’). This failure leads to the rape and pillage of the environment and economic decline.  Tax systems around the world gave all the wrong signals and brought on rampant land speculation and the Global Financial Crisis.  Now it’s our turn:  Australia’s real estate bubble is about to burst.

If we put an annual charge on land, as argued by Ken Henry’s review of the Australian tax system, we’ll stop people from treating it as a mere commodity, monopolizing it, speculating in it, and systematically destroying it. Don’t you see, Dick, that when land is treated as a commodity, we humans also lose our freedom?

To be frank, Dick, I think the impassioned reasons “Macca” read out on “Australia All Over” today as to why Rob Westcott lives at Glenthompson resonated much more strongly than your concerns on population growth.  But I guess I’ll be watching your upcoming TV show to see what you have to say, all the same.

I suspect you’ve made a far greater profit from real estate than you ever did by selling electronics, Dick, so I hope that the principle of capturing greater land rent instead of taxation hasn’t eluded you for this reason?

Do you not see that the failure to capture adequate land-based revenue favours expensive capital city locations and acts to depopulate our regional towns and cities, Dick?  Think about it: no taxation at all; only a charge only on land values. See the positive implications? As people in our capital cities will pay more than people in our regional areas, this will re-invigorate the regions.  And taking taxes off performing work will get the economy moving once again.

Still no, Dick? OK, let’s take another tack. As wars rage overseas, people will always seek refuge, peace and freedom by fleeing to more secure countries like Australia. But as many Australians feel threatened by existing taxes and their impossibly high mortgages (both of which would be much lower under a land rent revenue regime) they’ll tend to react against population increase or migration, as you do. In bad times, they’ll consider it threatens their welfare and jobs.  But that’s not the real problem: it’s taxation of employment, thrift and industry which directs us into real estate speculation.  Workers get slaughtered, property rorters get rewarded.

But would we be as fearful of refugees (‘queue jumping illegal boat people’?)  if the economy was more buoyant and healthy? Almost certainly not.  (And studies in underdeveloped countries show that birth rates tend to fall as prosperity increases.)

So, surely Australia should seek to solve its unhealthy economic situation before it adapts its population to suit all our existing pathologies? Are you not repeating Malthus’ mistake of advocating population control, while you seek no other significant changes to the status quo (such as the  aristocracy’s locking up of the land at the expense of the poor and dispossessed), Dick?

Why not let a land-based revenue system obviate land monopoly and speculation first, and encourage production of real wealth without taxation, to see to what extent we really do have a population problem? (Our cattle and sheep don’t seem to be experiencing an overpopulation problem, although they occupy many more times the land that we humans do.)

Not to capture rent to the public purse is to allow a few private individuals to collect most of this income stream which, after all, is not generated by them, but by the Australian community as a whole.  That’s why the economy is crumbling and why we are beginning to see absolutely everything as a problem.

Australia once rose to solve these challenges instead of blaming their symptoms.  So, Dick, before you concern yourself with population control, try to comprehend the great truth Joseph Stiglitz, former chief economist at the World Bank has expounded: “Rent is a secret tax the wealthy charge the poor.”

It’s indeed probable if we were to collect more land-based revenue instead of taxation, Dick, that many of our apparent economic, environmental, ‘overpopulation’ and capital works problems would overnight start to resolve themselves.