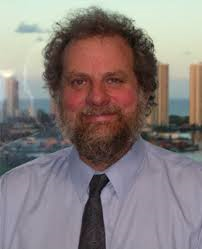 (an extract taken from SITE REVENUE: KEY TO ECONOMIC SANITY)

The average Australian pays some 125 different taxes each year, there being about 160 different state taxes and 259 taxes nationally, not counting local government rates. Australian taxation law is so complicated that even the 7 judges of the full High Court, professionally conscripted to interpret acres of writing, can be completely fragmented in what they rule and the reasons given. The Australian Taxation Office issues over 10,000 rulings a year, many of them with extensive consequences. At one blow under an SR system, this complexity would all be ditched, simplified to 0.6%.

All taxation distorts the economy by suppressing & warping the object taxed.  In the 18th century, European authorities raised revenue by taxing chimneys & windows: as a result, folk built houses with few, or bricked them up.

When Muhammad Ali, the Ottoman ruler of Egypt 1805-48, imposed a tax on date palms, the peasant farmers cut them down; (incidentally, replacing this impost with a tax on land of twice the amount produced no such result – indeed, the farmers had incentive to grow more palms so as to raise the revenue to pay the tax).  In the USA, capital gains are only taxed at 15% but income from labour can be taxed at 35%: this encourages speculation not production.

If labour is taxed, it diminishes its effort or emigrates.  If capital is taxed, it can flee the jurisdiction (perhaps to operate as an offshore company in a tax haven).  If transactions (such as land sales) are taxed via stamp duties, people may hesitate to buy and efficiencies are curtailed. Similarly, income taxes constrain effort & initiative, payroll taxes constrain employment and tariffs exclude cheaper goods and coddle inefficient workers.  Stamp duties impede mobility and relocation of residences to more efficient sites.

Deadweight taxes flourish throughout Australia so as to oppress effort & production and maximize profit for the manipulative puppeteers behind the scenes, the rentier class who pocket capital gains in land and skim off hidden values attending possession of sites.

In 2010-11 all levels of government in Australia collected 57% of total taxes as income tax (fining effort & initiative!), 13% as GST (complicating transactions!), 7% as excise on goods (increasing their price!), 5% as payroll tax (punishing employers!), and only 6% on land.

Possibly there is no salvation from the dead hand of the rentier class.  They own the train and drive it, filled with bewildered voters and blinkered academics, straight to the cliff of oblivion.  The time is late.

Various forms of stupid subsidies also distort the market.  Thus, first home owner grants [“FHOG”] foster a general increase in house prices (benefiting no-one except vendors), and negative-gearing (which allows income-rich investors to tax-deduct interest paid on borrowings) strips $54bn p.a. from revenue, promotes increased land prices and assists the rentier class to outbid battling home buyers, locking these latter into tenancy. The hidden intent of both these subsidies is to coddle the rentier classes and to prop up the banks (whose securities are fixed upon assets) by keeping high the prices of assets (land, buildings, shares).

Such irrational taxes, and the rates of levy imposed under them, are relatively arbitrary and are necessarily complicated in order to reduce avoidance.  This leads to evasion and complex litigation in which even the highest courts are severely divided.  To make things worse, modern governments often (effectively) conscript or enslave citizens by forcing them to collect & remit GST and self-assess tax liability.  This process is tremendously wasteful & inefficient, involving personal downtime & red tape and giving manipulative power to short-term politicians.  Instead of continually tinkering with piecemeal adjustments, one should roundly condemn all taxes.

The term “rentier” arose when the lands of church & nobles, seized during the French Revolution 1789-93, were auctioned off by the embattled, cash-strapped new republic to the “rent-seeking” wealthy bourgeoisie, who then exploited the workers as their tenants.  Much the same exploitation of the peasantry had been occurring in England ever since Henry VIII, in his breach with Rome, confiscated the Church lands, and subsequent statutes confiscated the traditional commons.  Such enclosures were even more oppressive in Scotland, forcing emigration.

The rentier class (with their control of media, dumb unionists, tame academic twits & bipartisan politicians grasping for donations) love having a messy, complicated tax system where rip-off “tax minimization” dodges can be hidden, unproductive zombie mates can hold high-paid jobs suckling on the public teat, all whilst manipulated taxes on labourers & grants from afar improve their own property values and their rip-off of community-created capital gain & locational benefit escapes notice.  A nice rip-off system if you have the stomach for it.

2 thoughts on “A LAWYER’S VIEW: THE TIME IS LATE”