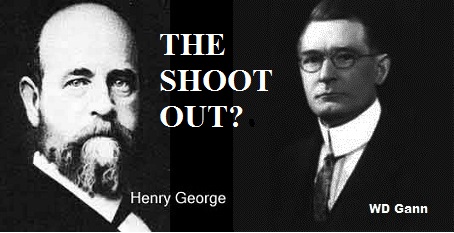 THE AUSTRALIAN BUDGET AND THE OPPOSITION’S REPLY

The problem with the financial depression was exhibited in Treasurer Wayne Swan’s budget, in Opposition leader Tony Abbott’s response, and for that matter in what Ben Bernanke has been doing about it in the US.

To the extent they are able, they simply ignore it.

Yes, they realise the economic times are bad, but did you hear Swan, Abbott or Bernanke mention that we’re in a financial depression? They think they can’t, you see? It’s just not happening, because to acknowledge it would sap the confidence of the financial markets.

So they think they’ve got to continue pretending it’s not happening – that we’re emerging from whatever this was.

That’s why Australian Treasury estimates on economic growth and tax revenues proved to be optimistic; they were based on this weird lack of reality.

If they haven’t mouthed the ‘D’ word in connection with the collapse happening all about them, they’ve got the economists’ technical definitions on which to fall back and rely upon. As only Europe is technically in recession, Australian and US departments of Treasury, along with their political masters, can simply contend it just isn’t happening, and wait until we, too, have a “technical recession”. Even at that point, there’s further blue sky to be had for the financial markets before the recession will morph its way into something like the neocons agree is an economic depression. That’s a way off yet, so real intervention isn’t called for.

So, until that time, enjoy! Invest in the share market and you may do very well – at least for a while. Ben’s given us ‘confidence’, and he certainly won’t take his finger off the ‘print’ button whilst he directs the Fed. (He wrote a paper saying that printing money will defeat any deflation, remember?)

So, you see, it’s a matter of “Public good be damned!” Maintain the performance for the sake of the financial markets; let them take us over the brink and beyond; maintain ‘confidence’; keep face; keep the faith; point to the technical definitions; anything to deny the economic depression. Just like Japan did.

Therefore, once you’ve understood their misguided priorities, it makes some sort of sense for bureaucrats and politicians to believe they must keep up the act by claiming that the US is coming out of it, and that Australia isn’t going into it. Wall Street will continue its misrule, just as surely as the economic numbers will continue to prove to be “disappointing” – or maybe that’s “greenshoots” I can see “just around the corner”?  🙂

Do you see the conflict that has developed between the public good and banking, finance, share and real estate markets?

The FIRE (finance, insurance and real estate) sector has had its way with us, even if we think we are winning on the sharemarket.  All hail the FIRE sector!

Phil Anderson is a respected technical analyst mate of mine who provides good advice to his subscribers about the share market. He works on WD Gann theory, and there seems to be something to it.

But I ask to what extent share markets are acting for the public good when they are force-fed at public expense? Although I remain relatively clueless about Gann Theory and the share market, I am an expert on economic depressions, on the basis of my knowledge of real estate markets and the expositions of the American Henry George, a man who deferred to the public good rather than to the financial markets.

And in Henry George’s terms, this is certainly a deep economic depression from which we are NOT going to emerge easily – politicians, Treasury bureaucrats, technical definitions, and the FIRE sector notwithstanding.