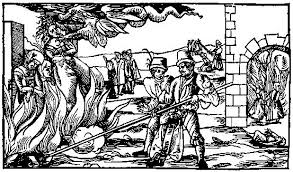 Just as surely as King Henry VIII and his aristocracy dispossessed people from their lands during the enclosures, so too are banks, mining magnates and the tech giants now dispossessing citizens from what should be their mainstay: 1.  their land rents; 2.  the ‘super profits’ (or lease rents) of their minerals, and; 3.  the rents from their electromagnetic spectrum.

Additionally, as we’ve just seen in the Australian Senate’s tax avoidance inquiry, the ‘megatechs’ shunt their incomes and profits offshore, to where they weren’t earned, to avoid their responsibilities even further. “It’s all quite legal!” is their mantra.

So the laws obviously need to be changed, but our new mega-overlords and their think tanks, such as the Heritage Foundation in the USA and the Institute of Public Affairs in Australia, prefer to spread the disinformation that there is no difference between earned incomes and unearned natural resource rents.

There is a big difference, of course, and instead of attempting to shore up our income tax laws in vain, we urgently need to legislate this difference into revenue practice.

The giant rent-seekers would oppose it, but no matter what we’re told there is an “ought” in business and finance: the economic rents from our land, minerals and electromagnetic spectra, being incomes unearned by them, ought to be paid equally to all citizens via their governments.

We need to get up onto our hind legs and challenge these new enclosures.