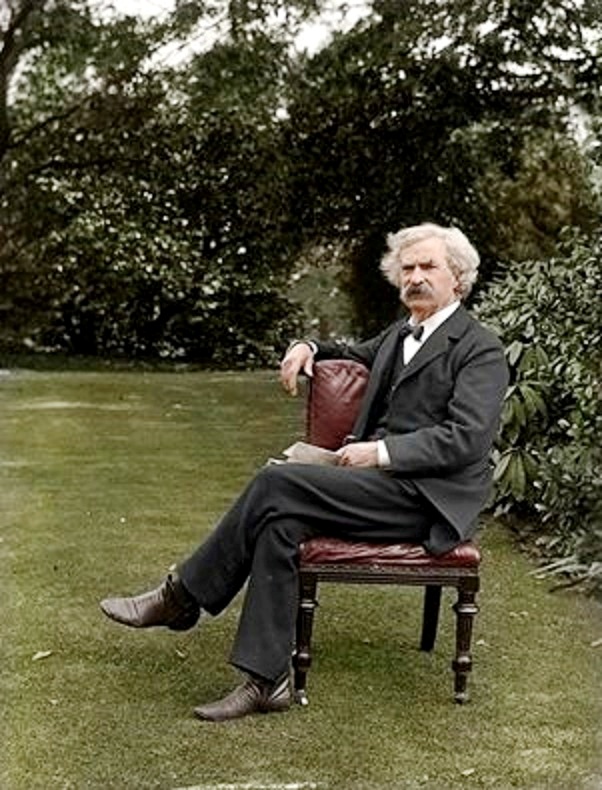 Man is the only animal that robs his helpless fellow of his country – takes possession of it and drives him out of it or destroys him. Man has done this in all the ages. There is not an acre of ground on the globe that is in possession of its rightful owner, or that has not been taken away from owner after owner, cycle after cycle, by force and bloodshed.

Man is the only Slave. And he is the only animal who enslaves. He has always been a slave in one form or another, and has always held other slaves in bondage under him in one way or another.  In our day he is always some man’s slave for wages, and does that man’s work, and this slave has other slaves under him for minor wages, and they do his work.  The higher animals are the only ones who do their own work and provide their own living.

Man is the only Patriot.  He sets himself apart in his own country, under his own flag, and sneers at the other nations, and keeps multitudinous uniformed assassins on hand at heavy expense to grab slices of other people’s countries, and to keep them from grabbing slices of his.  And in the intervals between campaigns he washes the blood off his hands and works for “the universal brotherhood of man” –  with his mouth.

– Mark Twain “The Lowest Animal” (in “The Damned Human Race”)