A PRICE ON CARBON EMISSIONS 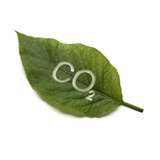 Climate change obviously occurs, but I reckon it’s more related to sunspot activity than man-made CO2.  Were not sunspots and solar flares responsible for the global warming that occurred before the arrival of homo sapiens? That’s probably where making the “stop polluting” argument became unnecessarily sidetracked because, in my opinion, climate change is essentially about much more than man-made CO2.

Although GetUp! wouldn’t go with Prosper Australia’s incredibly popular “Don’t Buy Now” campaign, their 2 minute video on the carbon tax makes more sense than “The world’s about to end!” scare campaign with which the Australian government is faced concerning the carbon tax (and which I note the Transport Workers’ Union has taken up with gusto).

And if Julia Gillard’s government can get farmers to re-discover humus in order to sequestrate vast quantities of CO2 , instead of continuing to chemicalise their crops and land, that’d be good, too.

The real case that the world as we know it is about to end, however, is indeed about all other taxes, as I hope I’ve shown in these blogs.  It won’t result from fining miscreants for carbon pollution.

All taxes destroy and, hopefully, a carbon tax will help destroy pollution.

ps. To give Julia Gillard her due, the logically powerful case she presented in the face of vehement opposition tonight on the ABC’s “Q & A” about the benefits of fines on pollution is the sort of strong leadership that has so far been missing from her prime ministership.

One thought on “THE CARBON TAX”