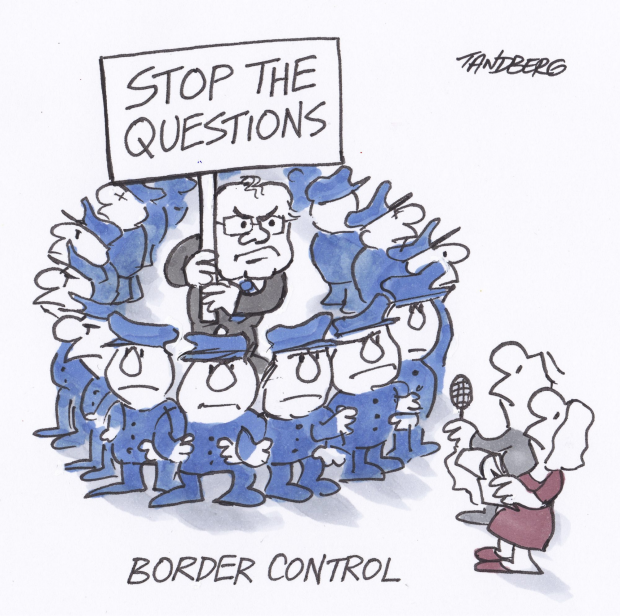 Neil Mitchell had the federal treasurer, Scott Morrison, on his program this morning. Morrison must have thought Mitchell’s innocuous questions were argumentative, because his responses were rapid-fire and full of aggression.

Slow down a bit, Scott. It’s difficult to make sense of what you’re saying when your words spill out so fast.

OK, so we’re not going to have your first preference by way of tax reform, Scott, that is, extending the GST. You say you’ve found by the time you compensate people, there won’t be a great amount left.  Fair enough. Most Australians thought that would be the case. It would be a regressive option anyway, so we’re quite pleased you’ve shelved your preference in that regard.

As a former Property Council of Australia operative, I’m sure the benefits of a land tax have escaped your attention?

However, we’re happy to hear you’re about to do something about the excesses of negative gearing and superannuation. That’s not before time!

Yes, and the big companies paying no tax.  That would be a change from disproportionately slugging the middle class and the poor, wouldn’t it Neil?