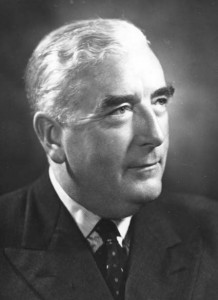 “O something must be done”, said he

To get folk immigrated.

To get my plan in motion

And I will trot across the globe

To coax men o’er the ocean

The school books got their levy

He burdened most consumer goods

With duties huge and heavy

The big landholders grinned with mirth

And said the scheme was clever

They knew land values would increase

Without their own endeavour.

As migrants by the million came

They needed land for tillage

The owners asked them such a price

‘Twas nothing else but pillage

Among the men who owned the land

Their needs were aggravated

This proved him most myopic.

The fellows who owned all the land

Half split their sides with laughter

They could demand three hundred more

For blocks of land hereafter

And smear the land with phosphorus

Improve the railways and the ports

The workers had to foot the bills

He took their cash in slices

The speculators were enriched

As land advanced in prices.

The land went into fewer hands

The workers’ bankbooks and their kids

This caused a labour surplus there

Which forced all wages downwards.

The workers in a drastic plight

Sir Robert and his government

Then wages soared up very high

Wage earners were not better off

They stayed stuck in the mire.

Sir Robert by his very act

By placing fortunes in their hands

While industry was hampered.

For when the market price of land

It locks out capital and works

With all the aids of implements

All labourers should be opulent

Instead we have the phenomena

Of booms that end in busting

When toilers cannot get a job

So much for Robert Menzies’ role,

And Calwell’s is no better

And labour in a fetter

We must shake off the parasites

So toil can reap its guerdon.

The Bard of the Baw Baws

Sir Robert Gordon Menzies is held by some to have been Australia’s greatest Prime Minister.

John Simon Rankin, “The Bard of the Baw Baws” (2 Dec 1912 – 1 Jul 1994), clearly had a good grip on matters economic, and obviously did not agree. Nor did he hold Menzies’ Labor Party opponent, Arthur Calwell, in particularly high regard.

It was actually Sir Robert Menzies who abolished the Australian federal land tax in 1952. It had been legislated in 1910 and served Australians extremely well since 1911.  Menzies provided the wealthy’s usual justifications for getting rid of it.

It was left to another Liberal Party Prime Minister, John Grey Gorton, to finally dismantle Canberra’s system of land rent – although it does nominally remain a leasehold system .  (Canberra, Australia’s capital, celebrates its centenary next year.  See “Canberra: those other Americans” by David Headon.)