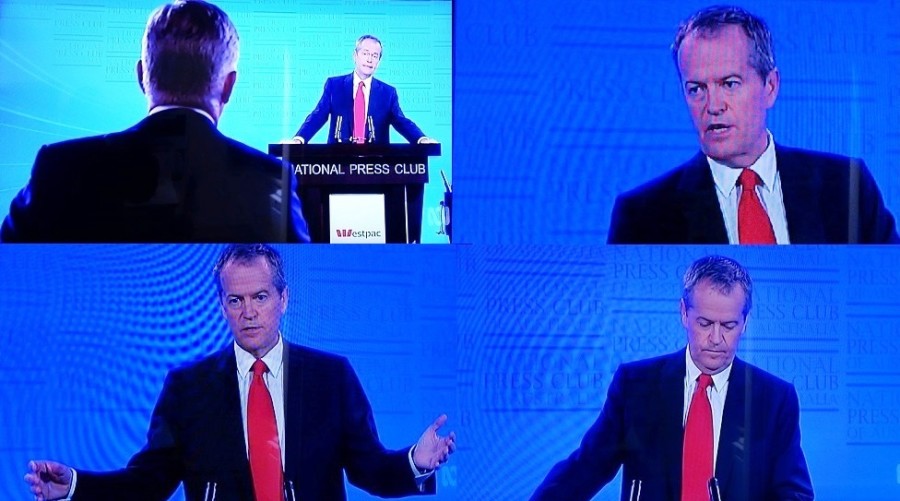 He’s still a long way from getting himself elected, and his delivery wasn’t as easy as Malcolm Turnbull’s, but Bill Shorten distinguished himself from the Prime Minister of Australia by confidently laying out Labor’s policy framework.

He supported unions, jobs, penalty rates, not privatising Medicare, taxpayers not continuing to subsidise property speculation into the future via the negative gearing of existing dwellings …..

Ironically, Shorten was able to present himself as having learnt a lesson, and now being a leader of a strongly united party, as compared to (an almost-admired) Malcolm Turnbull, comprehensively shackled to the terrible 2014 budgetary mindset of the Liberal Party’s right wing.

Nor had it escaped the attention of the leader of the Opposition that his taking the policy initiative had left Malcolm Turnbull mouthing the same sort of negative epithets as those of Tony Abbott. Different face, same policies.

Shorten responded to questioners with aplomb, handling with flair the shallowness of their primary concerns, such as Senate reform and the date of the election, when Malcolm ‘should be governing’ and dealing with clear economic exigencies (instead of working with ‘agility’ on the ‘transitioning economy’, and ‘opportunities’ somewhere over the rainbow?)

It was a formidable performance.