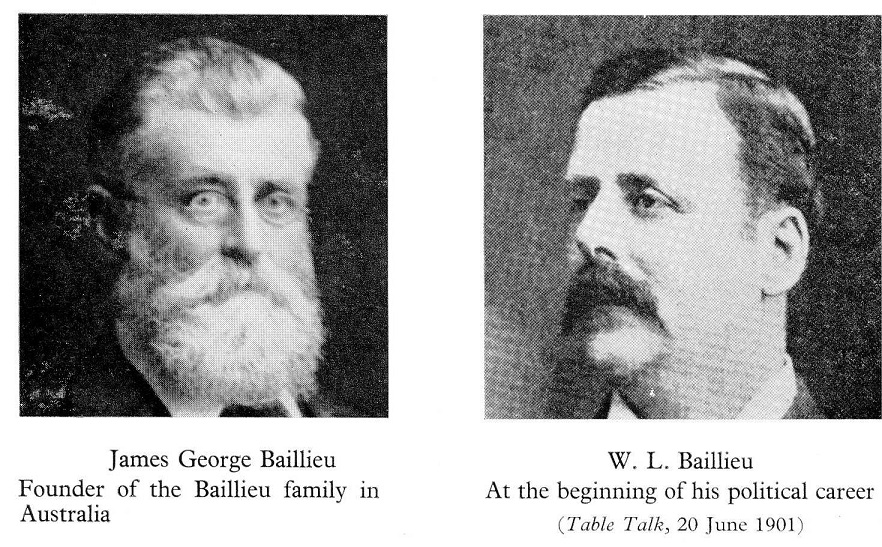 The Baillieu name had surely reformed its rent-seeking ways since family scoundrels played no small part in sending the state of Victoria broke in the depression of the 1890s.

Michael Cannon’s “The Land Boomers” informs us William Lawrence Baillieu settled his debts for sixpence in the pound in a secret arrangement in 1892.

But now, it seems Victoria’s Premier, Ted Baillieu, is reverting to type. If the report below is correct, he’s considering selling off Victoria’s public assets—akin to the family silver—in order to provide necessary infrastructure.

That’s stealing from our forebears, Ted, like Jeff Kennett did in the 1990s – and you a Geelong supporter!

Our natural monopolies, such as ports and water supply are OURS, Ted, not yours to sell to corporate rent-seeking raiders.

It’s not as though there aren’t far better capital works funding alternatives, Ted, but it will take a bit of intellectual rigour and courage.  I think you might be up to it.

For starters and God’s sake, why not employ former Sydney Lord Mayor Lucy Turnbull’s solution before you consider taking Victoria down the path of selling off its heritage – again?

And this 2009 British video supports with evidence the case put by Lucy Turnbull. 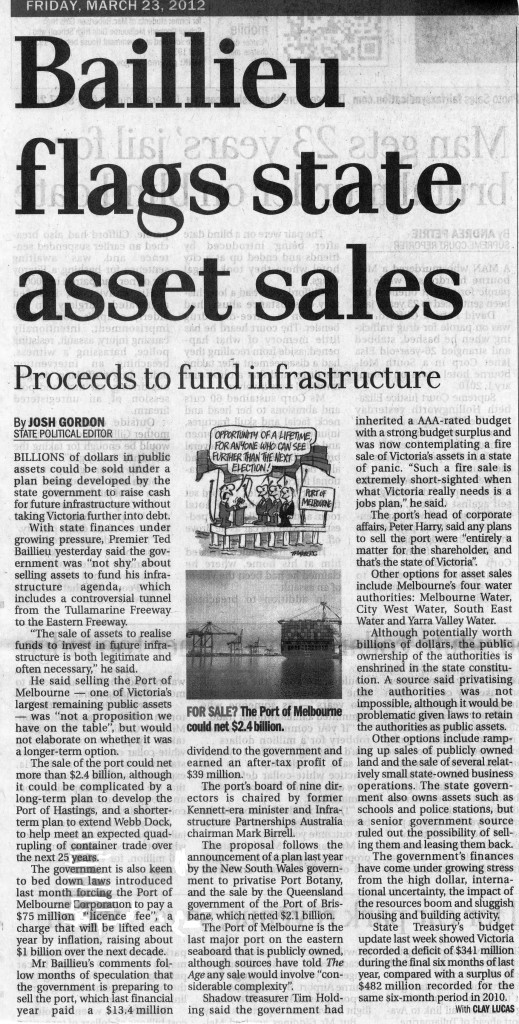 2 thoughts on “SELLING OUR HERITAGE”