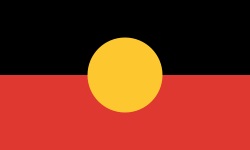 Land and natural resources can no longer be treated as private commodities – because the price society pays for this lunacy is excessive.

If we wish to ensure our natural resources can no longer be withheld for private profit, we must apply a fee for their use equal to their annual rent, instead of drawing public revenues from taxes on work and enterprise. It should becoming increasingly obvious that current tax regimes favouring resource rent-seeking over productive activity largely explain the parlous state of world economies.

We’ve been paying a devastating price, but mainstream economic analysis can’t yet bring itself to admit it. In this pathological scenario, heterodox economists of the ilk of Mason Gaffney, Michael Hudson and Steve Keen provide shining beacons of reason and hope.

But isn’t US employment already showing signs of improvement? Isn’t most economic strife is behind us?  Unfortunately not: our misguided high priests of the economy, Bernanke, Stevens et al, try to instill this false confidence as a desperate substitute for structural reform. We’ve had bogus ‘latent recovery’, ‘green shoots’, ‘turned the corner’ and ‘risk off’ fed to us multiple times since the outset of this depression and need no further econtrickery.

A land and resource fee, alone, would get the world’s economies into gear and the world’s unemployed back to work quickly, but Australia’s Ken Henry has been a lone voice in suggesting as much in “Australia’s Future Tax System”.

Released from taxes on them, labour and capital would at last be rewarded for combining to generate national wealth instead being fined for so doing. Additionally, we would more readily be able to see the relationship between worker and boss is a complementary one, not the antagonistic one promoted by the media, and finally expose the parasitic rentier for the destructive role he has played in world economies.

We’re still in denial, however, and can’t yet see the need to publicly capture the public’s resource rents. This delay will compound social and economic distress.