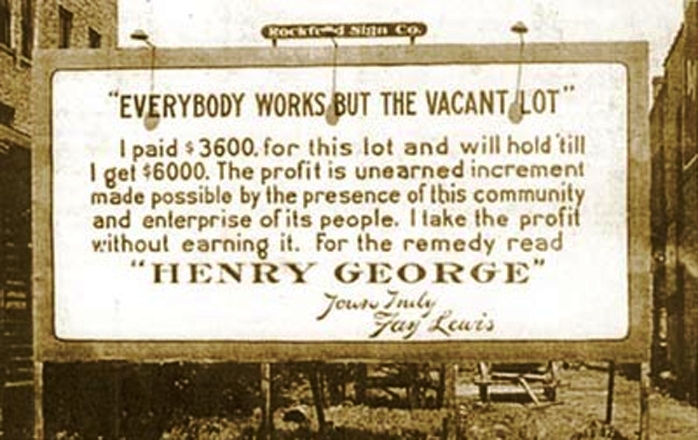 As Australian renters already pay an amount of land rent to state governments via their landlord, it needs to be asked, why don’t owner-occupiers also have to pay land tax? Many don’t realise renters do already pay land tax. Although it is paid out of the landlord’s gross rental, it is contributed by the tenant.

So, how about an “all-in” State land tax with owner-occupiers also paying? That’s much fairer.

Alternatively, maybe re-introduce the federal land tax (a la Ken Henry) which was abolished in 1952 – except with no thresholds or exemptions on this occasion, because exemptions and thresholds enormously distort the positive effects of the capture of land rent.

With either alternative, payroll tax and/or stamp duty on conveyances should be reduced concomitantly at state level – or GST in the case of a federal land tax. Although it would be a revenue neutral exercise, the effects would massively favour productivity over the property speculation that has escalated land prices and private debt so much in recent years, and has ground the real Australian economy to a halt.

Unlike taxation, which some have estimated introduces deadweight equal to the size of the tax into the economy, land ‘tax’ is in the nature of a rent which can’t be passed on in prices and carries no deadweight at all. All studies show an ad valorem charge against land values is the fairest and most efficient revenue base.

Why are owner-occupiers granted land tax privileges compared to those who rent?