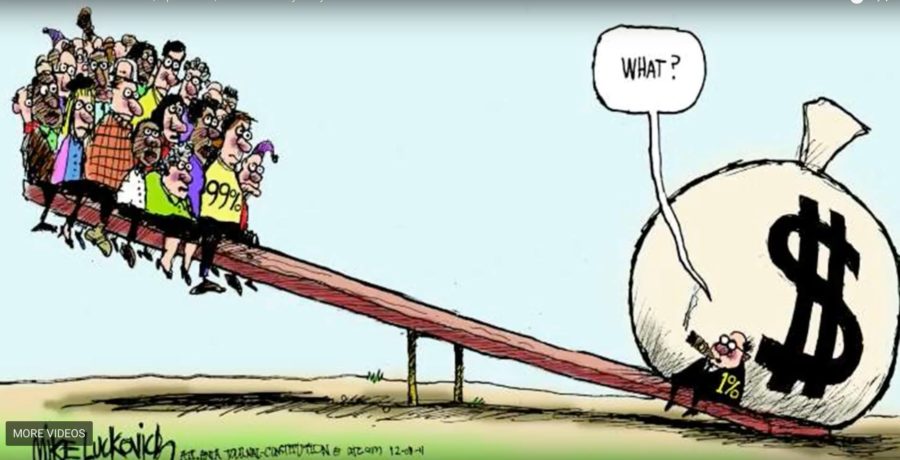 All the great social philosophers have held that land must be rented, not sold, if communities aren’t to implode. One of them put it into a formula, saying that if we were to capture the social surplus, then labour and profits will receive their full and rightful income—their ‘private property’?—undiminished by arbitrary taxation:-

We’ve chosen to do the opposite, that is, to capture publicly-generated land rent privately, capitalising it into land prices. So, not only do our homes literally cost the earth, but our wages and profits become significantly taxed – as though ‘earning a living’ is some sort of crime.

Paying these taxes is sold to us as our ‘social responsibility’, and there are even people to be found who insist they are happy to pay higher counter-productive taxes if they can achieve greater government services. Surely, less government intervention would be necessary in a functional economy?

We miscall this system ‘capitalism’ when, in fact, it is systemic rent-seeking, or ‘rentierism‘, an unproductive economics which, whilst inflating land prices and debt, penalises work and industry. This quite illogical regime, which we’ve come to accept as ‘normal’, provides massive unearned profits for those businesses such as finance, insurance and real estate (the ‘FIRE’ sector), which parasitically extract wealth from the economy whilst leaving labour and capital with enormous deadweight costs of taxation amounting to more than $2.00 for every dollar of tax ‘raised’.

To deal with all the corruptions and ills flowing from this terribly pathological economy, Australia has set up a number of doomed-to-fail regulatory bodies such as the Reserve Bank of Australia (RBA), the Australian Securities and Investments Commission (ASIC), the Australian Prudential Regulatory Authority (APRA), the Australian Competition and Consumer Commission (ACCC) and the Productivity Commission (PC). Reflection discloses the fantastic irony that the perversions rent-seeking sets up effectively tie the aims of these bodies into impossible knots. Their CEOs clearly accept that their salaries are contingent upon them being prepared to be made to look like idiots at every official inquiry.

Maybe all the great social philosophers who said we need to capture the rent of land were correct?