Poor Cats! Freo were too fast and strong, although your poor kicking early didn’t help. They shut down your run-on game and had you bombing long into a crowded goal square. You’ll have to introduce some pace from the twos, and you’ll need Josh Hunt’s experience in defence against Port Power next week.

Prime Minister Tony Abbott, eh? Let’s see if you can discover the need for a tax shift.

I say ’twas the hostile divisions in the ALP, plus the increasingly hard economic times and, yes, poor housing affordability what caused it. Will the record drubbing be made worse than it looked on TV last night when the votes of those who voted early are included?

And do I smell a double dissolution in the air down the track over carbon pollution? 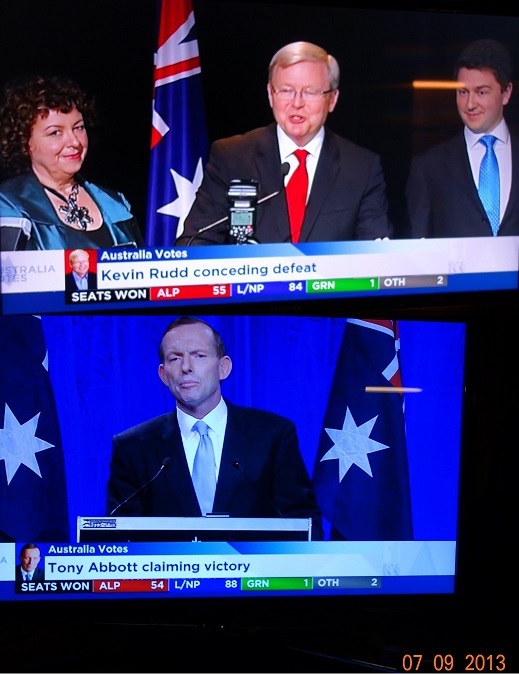 One thought on “PS TO BIG DAY”