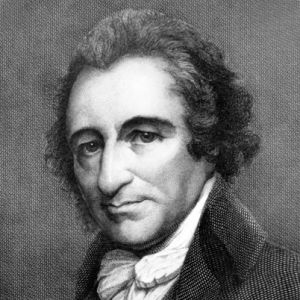 In 1805, after describing how the Federalists had re-imposed a British legal system in “A Letter to the Citizens of Pennsylvania”, in an attached “Compass” Thomas Paine wrote:

“There is no article in the Constitution of this State, nor of any of the states, that invests the Government in whole or in part with the power of granting charters or monopolies of any kind; the spirit of the times was then against all such speculation; and therefore the assuming to grant them is unconstitutional, and when obtained by bribery and corruption is criminal.”

“… I answer not to falsehood or abuse, but proceed to the defects of the English Government.

I begin with charters and corporations.

It is a perversion of terms to say that a charter gives rights. It operates by a contrary effect – that of taking rights away. Rights are inherently in all the inhabitants; but charters, by annulling those rights, in the majority, leave the right, by exclusion, in the hands of a few. If charters were constructed so as to express in direct terms, “that every inhabitant, who is not a member of a corporation, shall not exercise the right of voting,” such charters would, in the face be charters not of rights, but of exclusion. The effect is the same under the form they now stand; and the only persons on whom they operate are the persons whom they exclude.

Those whose rights are guaranteed, by not being taken away, exercise no other rights than as members of the community they are entitled to without a charter; and, therefore, all charters have no other than an indirect negative operation. They do not give rights to A, but they make a difference in favour of A by taking away the right of B, and consequently are instruments of injustice.

But charters and corporations have a more extensive evil effect than what relates merely to elections. They are sources of endless contentions in the places where they exist, and they lessen the common rights of national society.“