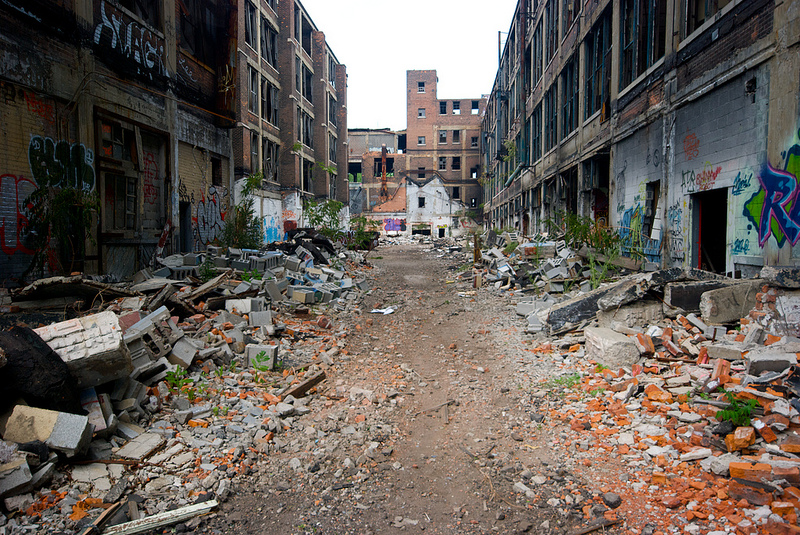 What did Marcus Aurelius mean when he said “Poverty is the mother of crime”? Surely he wasn’t trying to justify crime?  The vast majority of poor people keep on ‘the straight and narrow’ without turning to crime?

No, he wasn’t justifying crime; he was simply being realistic. When they see affluence all around them, some of the people who’ve been consigned to society’s margins will consider they haven’t much to lose by breaking the law – and they’d be dead right.

Thomas Piketty’s Capital in the Twenty-First Century shows the rate of return to wealth has been increasing at a greater rate than economic growth  [r > g], so there seems to be good reason for governments to reinforce their law enforcement if they’re to address the projected increase in criminal activity?

But that would be to treat outcomes. Is there any way to address the cause?

Yes there is. There is unethical behaviour and white collar crime at the ‘top’ end of the wealth spectrum which interferes with the poor and middle class receiving their fair share of the national product. “Interferes”? That seems to connote a particular mechanism? Yes, it’s a very simple, but little understood, method of diverting the national wealth away from its producers to the drones or parasites who don’t produce it.

We once recognised the surplus in the production process was the ‘economic rent’ of our natural resources, and by taxing land values, we built railways, roads, dams and bridges from the uplift in value this capital expenditure provided to surrounding lands. This was called ‘land value capture’ or ‘land value taxation’, and our municipal rates were based upon the principle.

But we began to listen to those stooges who cried that “a man’s home is his castle” and shouldn’t be subject of significant taxation – and “what about the poor widow?” So, in deference to these emotive cries, we gradually reduced land-based revenues on publicly-created land values and increased taxes on wages and profits. But were the latter not earned incomes – the real ‘private property’?

Yes, we were sold a pup by the 0.1%. They’d convinced us to wind back revenues on society’s surplus–some 30% of the economy–and leave it largely to them. The fact that up to 70% of post-WWII Australians  had become land owners, made the 0.1%’s case all the easier and we fell for their ‘pea and thimble’ trick. The uber-wealthy not only owned more real estate, but also the most valuable real estate.  Nevertheless, we 99.9% were prepared to trade paying our share of a publicly-created value for taxes on our incomes and purchases. And we’ve come to consider this as ‘normal’: the 0.1% has won!

The 0.1%, including the big banks, have become bludgers and parasites, living off the ill-gotten gains of privately financing the public economic rent. It is they who create the crime of poverty.

So, it seems quite incredible that Thomas Piketty could write a gargantuan book about capital in the 21st century without discovering the mechanism by which we’ve all been deceived and screwed. You, too, have become one of their suckers, Thomas!

Oh well, we should be able see the likely outcomes if this scenario is to be allowed to continue: declining wages; increasing private debt; urban and environmental decay; further economic collapse; increasing poverty; greater crime.

I guess we get what a totally uneducated polity deserves?