As all the superficial stuff has taken over the front page (Bronwyn’s helicopter flight, the romantic adventures of Barnaby, et al) Australians have fallen out of love with party politics. Although great reforms are clearly required in the socio-economic sphere, nothing of any moment  gets done. Atrophy has set in.

But were not Hawke, Keating and Howard great leaders in this respect? No, in the greater scheme of things–to employ an Australian colloquial term in connection with the leadership of each–they were pissants.

What amounts political leadership, then?

What’s the most damaging thing an Australian politician could do now for his or her party ‘reputation’ that would amount to “political suicide”? That’s right, mention that we have impossible levels of private debt, as John Hewson did on  ABC-TV’s “QandA” last Monday night. But Hewson’s no longer the leader of the Liberal Party, so he may speak truthfully, you see? 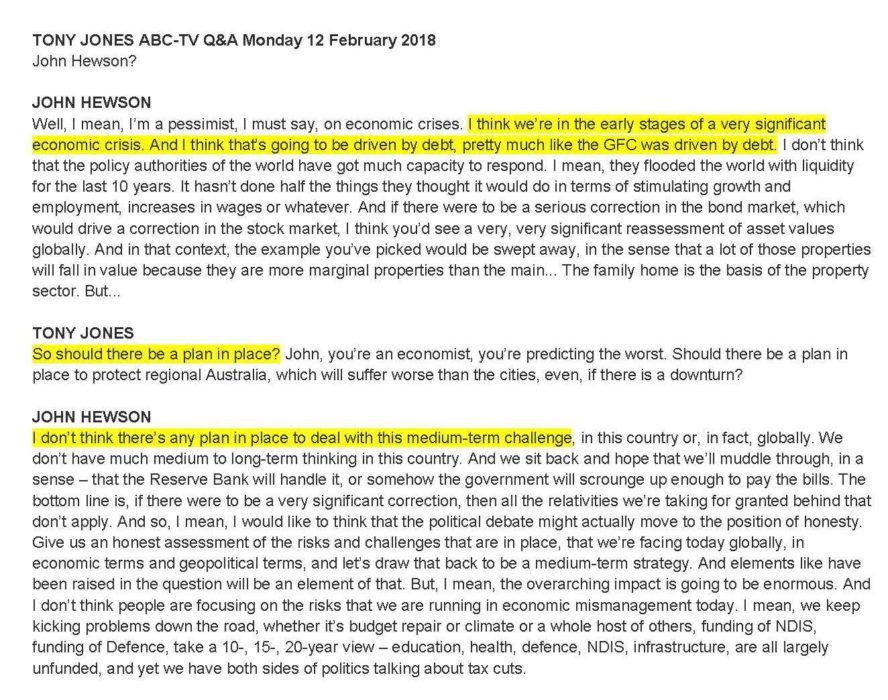 Or, maybe criticise our rampantly speculative real estate bubble and call for the reintroduction of the federal land tax as an effective response? That is, if we want to get Australia back to generating wealth instead of rent-seeking? Yes, that’d be good enough to have you labelled a political idiot, too.

So, how come Australia was able to introduce a federal land tax (1910), the Commonwealth Bank of Australia as a competitor to the private banks (1911), and then found the Australian Capital Territory on the basis of a leasehold land system (1913).

We did these things by having effective political leaders who were prepared to explain a need and then carry the case. We no longer have such people; we have political pissants.