I listened (at 4:00 am Australian Eastern Daylight Savings Time) to Donald Trump being sworn in as the 44th man to hold the presidency of the United States of America (the 45th president, because Grover Cleveland held the presidency twice).

Listened also to his 16 minute speech claiming that “the establishment” in the US has been winning out at the expense of the people of America. That’s true enough, I thought, as he then proceeded to list the things he intends to fix–as though he was still running as a candidate–but that’s OK, too, because it permitted me to tweet:-

“TRUMPOTUS: The inaugural speech sets an agenda against which @DonaldJTrumpJr is easily measurable.”

But I’ll tell you why I believe President Trump must fail the test of resurrecting the US economy. He doesn’t understand economics. He may understand business deals, but no one–other than those who factor the land market into their considerations–understands why the study of economics fails us. This unfortunately includes national leaders such as George W Bush, Barack Obama, Tony Blair, Gordon Brown, Angela Merkel, John Howard, Kevin Rudd, Julia Gillard, Tony Abbott and Malcolm Turnbull–who have all failed us.  [Wow! Hasn’t Australia been well represented lately!]

A scientific economic explanation would have enabled us to forecast the 2007/2008 global financial collapse, but we are reminded by neoliberal economists that economics is not a science. This is borne out by their extraordinarily superficial mathematical models which consistently fail, laying bare a fatal flaw: our leaders are too reliant on mainstream economists, and economic models that don’t reflect the real world. President Trump’s apparently going to fix that.

It’s here that Donald Trump needs to commence his financial reforms: heeding those heterodox economists who hold political economy to be a science and, in doing so, actually predicted the collapse of world property and financial markets from their 2007 peak. They are overly represented by the Georgist school of economics. Those who forecast the collapse who don’t see themselves as supporters of the ideas of Henry George at least factored the unsustainable financialisation of world real estate markets into their considerations.

Is Donald Trump, who notoriously made his money/holds debt against his real estate assets, going to un-tax wages and profits and capture the economic rent of land and other natural resources to “make America great again”?  I think not.

Paul Keating was the leader Australia had to have.  As Treasurer, he displayed great ability in floating the dollar and deregulating the market. His determination and commitment to Australia couldn’t be doubted, but he failed entirely to see that the real estate market leads and directs the economy. In this, he was mentored by his economic and political advisors, including  RBA and Treasury economists, and the great Jack Lang who was dismissed as New South Wales Premier by the Governor during the 1930s depression.

Kerry O’Brien’s ‘KEATING’ is a detailed 794 page account of Paul Keating’s intensive political career but, incredibly, there is not one word of acknowledgement of:-

3)   the 1988/89 property bubble over which Keating presided as Treasurer and brought on “the recession we had to have” in 1991. (There was a one-line throw away mention, only, of the latter – of funds having flowed into “assets”.) 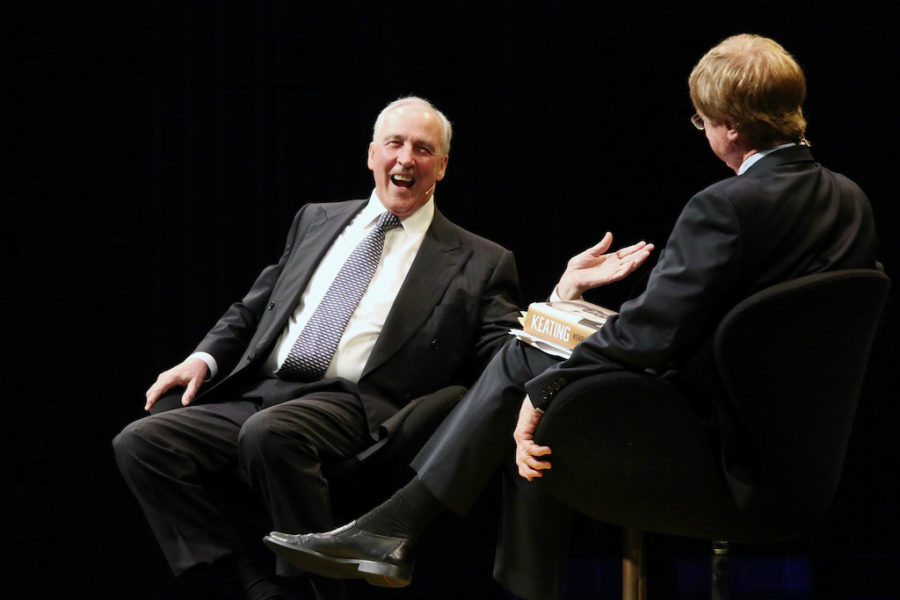 In his book ‘ THE GOOD FIGHT: Six years, two prime ministers and staring down the Great Recession’, Wayne Swan tells us he was alerted as Treasurer in a phone call from US Treasury secretary, Hank Paulson at 6:30 am on 10 January 2008 of the need to keep the Australian real estate bubble inflated.  “Look“, said Paulson, “if we can avoid a meltdown in house prices, then we may be able to see a way through this.”

Such was the importance of this “No Ordinary Phone Call” from Paulson it constitutes the opening chapter of Swan’s book.

The Rudd/Swan government took seriously Paulson’s advice to prop up Australia’s land price bubble: amongst other actions, it urgently spent some $50 billion-plus in a $900 grant to every, man, woman and child, a program to install  insulating ceiling batts to Australian homes, and a school building program.

Whilst it was too late for the US, it can’t be doubted that Swan’s action assisted–along with iron ore sales to China–to ‘save’ Australia from the global recessions experienced in the USA and Europe.

However, this only deferred the Australian real estate correction for another day, simply ‘kicking the can down along the road’. 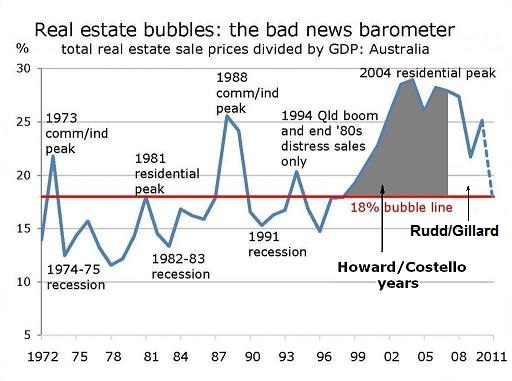 The signs are that the man is a blowhard. He can only be successful if he acknowledges the devastating role escalating land prices–to which his own businesses are inextricably wedded–has had in bringing world economies to their knees. And, as Eliza Doolittle might say, that’s “Not bloody likely!”

I believe the next four years are about to display all the contagious symptoms of Trumpotus intractibilis.