Australia experienced an increasingly gigantic bubble in land prices during the 1880s and the beginning of the 1890s, and the city of Melbourne became bubble-central. Michael Cannon provides an excellent account of the period in The Land Boomers.

Henry George’s masterwork Progress and Poverty had hit the streets in the United States in 1879 and was well received in Australia. It was not sufficient reception to keep a lid on its real estate bubble, however. It was almost as though Australians were seeking to test George’s rationale that when land rent remains uncaptured and begins to explode into a land price bubble, it is always at the expense of wages and profits which fall together inversely to rent, culminating in an ‘industrial depression’.

[It’s currently accepted as fact that wages are low and profits high, but no attempt has been made to divorce the unearned rent accruing to land (via bank and real estate profits) from capital’s earned profits. The exercise P – R = W + I would undoubtedly show earned profits to be doing as poorly as wages in the existing speculative scenario.]

During an exhausting tour of speeches throughout the eastern states and South Australia in 1890 Henry George got to experience the peak of Australia’s land bubble first hand. He’d been to Melbourne decades ago as a foremast boy on the Hindoo and clearly enjoyed the experience of the newly emerging nation on both visits, especially as he’d come to marry Australian Annie Fox since the first trip.

The headquarters of the Commercial Bank of Australia, erected at 333 Collins Street Melbourne in 1891, closed its doors to panicking depositors as the 1890s depression hit with a vengeance in 1893. [Eighty-nine years later, following the bursting of another residential bubble, the Commercial Bank was to merge with the Bank of New South Wales in 1982 to become the modern Westpac Bank. Westpac, in turn, managed to hold on only by the skin of its teeth in the 1991/1992 commercial recession that destroyed both the State Savings Bank of Victoria and the State Bank of South Australia.]

Chastened by the 1890s depression, it became impossible for Australians to continue to ignore Henry George’s remedy any longer. Georgists of all political persuasions joined to lead Progressive Era reforms between 1890 to 1920 in order to ensure that no such social calamity could be visited upon the nation again.  The Australian Capital Territory was to be founded on the basis of a leasehold land system, and the federal land tax was instituted in 1910 to break up the big speculators’ latifundia. The depression of the 1890s was to prove even more damaging than that which was to break out in the wake of the mid to late 1920s property boom, the latter showing once again, in terms of George’s analysis, that Australian governments had failed to tax sufficient land rent out of existence.

Neoclassical Economics has served its purpose well: to bury and make obscure the destructive role played by banks and proactive taxation policy in escalating land prices into repetitive bubbles. The manner in which our national accounts are presented to ignore economic rent/unearned income assists to maintain the quite false facade to which Australian polity has dedicated itself at any cost. [Dr Terry Dwyer’s “The Taxable Capacity of Australian Land and Resources” has proven textbook assessments of economic rent at between 1% and 4% of the economy to be risible, insofar as he demonstrated it to be fully capable of replacing both company and personal income tax.]

Financial analyses remain pig-ignorant, happy to interpret the economic struggle as one between labour and capital when reality reveals it to be between those two factors of production and the private rent-seeking in land values that maintains and reinforces an all-powerful status quo: a 0.1% which, though getting wealthier on the backs of the poor and middle class, claims further public capture of unearned economic rent to be ‘class warfare’.

Henry George’s explanation of escalating land prices and taxation as the generator of economic  depression meanwhile proves itself valid at the turning point of every boom and bust, so it may be worth noting that we’re nearing the peak of another bubble in our land prices. What then of Australians and their errant banking system? 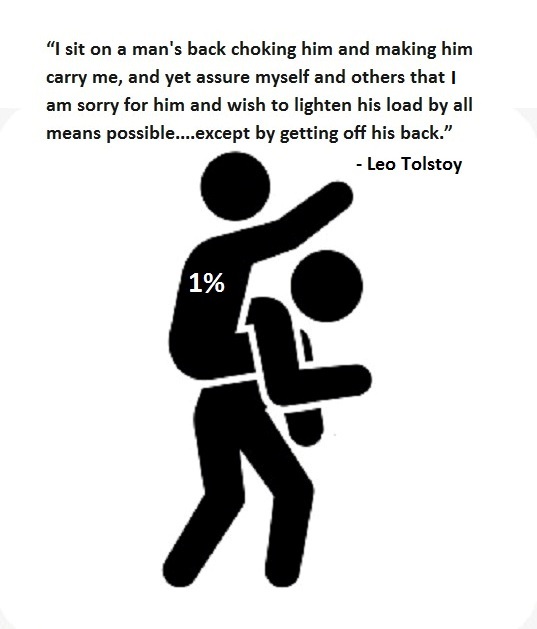