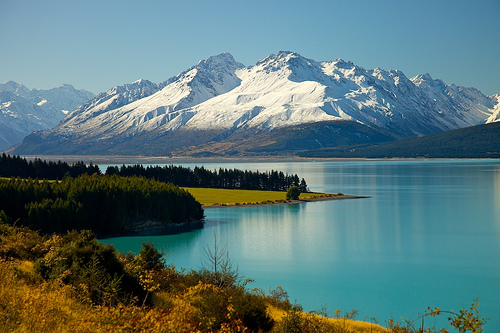 New Zealanders are debating the introduction of a land tax to counter their savage decline into the GFC.  Of course, it’s arguable that if they already had a significant land tax in place, their economy wouldn’t have experienced the financial collapse caused by their bout of speculation, and would have generated more real wealth instead.

All the old property lobby canards are already being trotted out:  What about the ‘poor widow’? [She needn’t pay the land tax and can put it as a charge on her estate.];  It’s a wealth tax! [Er, yes, it’s based upon the value of the land the community has ceded to your use, and those with more valuable land will pay more than those with less valuable land, or  none. This is unfair? ]

Go for it New Zealand!  The main question is will Australia and the US allow you to go for it – because the first country that raises itself out of the economic mire in this fashion will stand out like a beacon from all the others – and they’ll have to follow.  But Australia and the US both heavied you over your ‘No nuclear ships’ policy and you stood tall.  So, you’re more likely to introduce it than we are in Australia.  This could get very interesting!