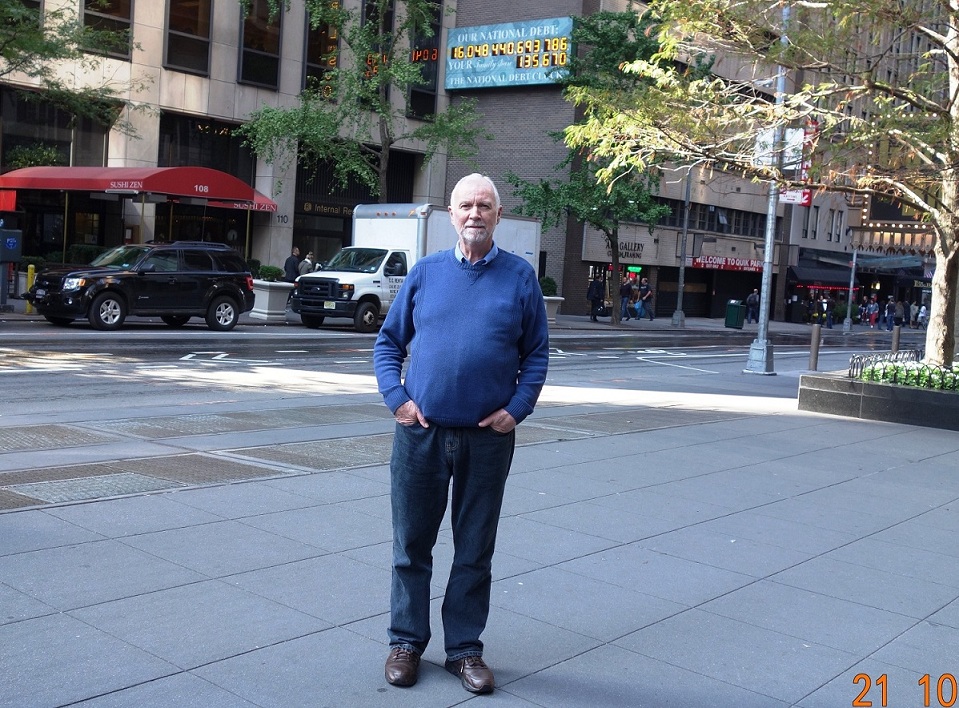 I kept accidentally running across memorials to Alexander Hamilton in my recent visit to New York: his statue in Central Park, his grave at Trinity Church Wall Street (when speaking with “Occupy Wall Street” participants), and the former US Custom House also bearing his name (now being used as a disappointing National Museum of the American Indian).

I couldn’t help wonder how Alexander Hamilton, as first Secretary of the Treasury and founder of the Bank of New York, would regard the current parlous state of the United States of America’s finances.

Although Hamilton was not without his foibles, I consider he was a man of principle on matters of national finance and would have had no truck with the shenanigans of recent Secretaries of the Treasury nor those Wall Street banksters who proffered credit into a land price bubble.

We stayed on 44th Street between Sixth and Seventh Avenues, near the Durst Organization’s debt clock.

I almost collapsed in a fit of supreme irony that the debt clock, funded by a big real estate agency, actually abuts an office of the Internal Revenue Service!

Is it not banks, real estate agencies–the latter unanimously opposing land value taxation–and the IRS that are entirely responsible for the national debt? (Well, if you’ve followed the contents of this blog you’ll know exactly what I mean.)

The point, no doubt, is lost on the successors of Seymour Durst who are co-redevelopers of the One World Trade Centre, together with the Port Authority of New York.

Whilst I’m pleased Durst is engaged the latter, I wish the developer/agent could understand that taxing labour and capital (instead of land values) is responsible for the figures tracking towards $17 trillion on their national debt clock.