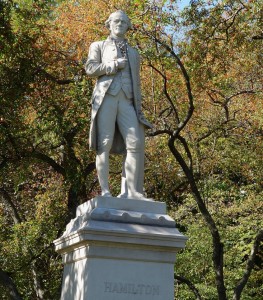 After an enjoyable stay in Winnipeg, I dashed out my previous blog about local government rating whilst waiting at Toronto’s Lester Pearson Airport for a connecting flight to New York.

Knowledge and what else form our perceptions?

Los Angeles had struck me as an epiphany of decay.

The LA cabby’s taxi was internally decorated with an imposing number of statutorily-mandated declarations as he handed me a small piece of paper informing us a $4-odd fare levy applies for having picked us up at LAX. I was duly required to ceremonially return this piece of paper to the driver at the end of our journey.

On the other hand, the New York cabby’s identity number on the piece of paper I was handed for keeps at JFK seemed to be a fairly practical matter.

Maybe the once Golden State with its burgeoning prescriptions was the logical outcome from Proposition 13 and the welter of taxes it had spawned, I thought.

New York, set up by the man of money, Alexander Hamilton.

Thos. Jefferson wouldn’t let you get it up as the national capital though, would he, Alex?  And, unlike you, Jefferson died in poverty.  Yours was a tragic end, though.

But you have to admit your outrageously-paid Wall Street minions have inflicted egregious financial harm upon the nation, Alex?

A remarkably portentous (Armageddon-like?) New York sky greeted us as our taxi driver changed lanes with a thrusting abandonment in his mission to deliver us midtown. 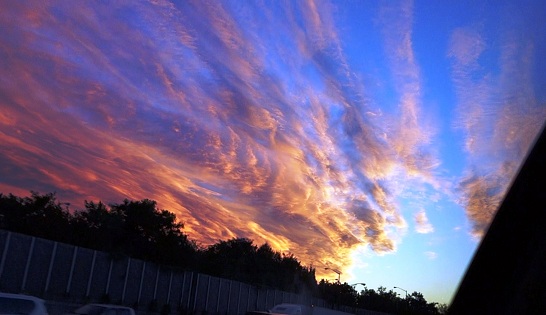