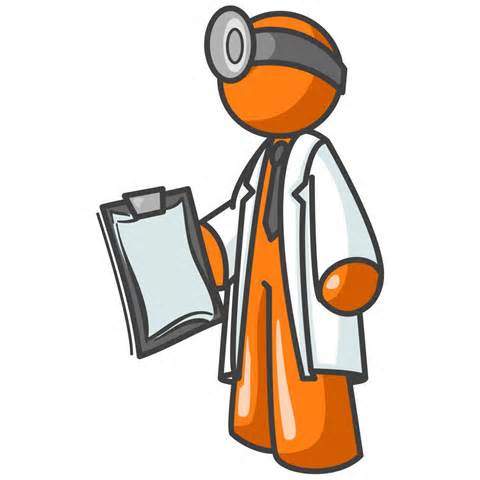 You’ll have heard of Paul Krugman because he’s no great threat to the status quo, and that darn Joseph Stiglitz is starting to become a bit of a worry, but there’s one economist of whom we must always speak sotto voce.

He was once saved by his students and friends when a university board tried to sack him.

You see, in The Corruption of Economics professor Mason Gaffney demonstrated that the modern economist is laboring under a delusion, so it’s not easy for the profession nor mainstream media to acknowledge him publicly as per the two aforementioned Nobel prizewinners (2008 and 2001, respectively). Gaffney might have to wait for his Nobel in the Economic Sciences.

Fortunately, Gaffney’s work speaks for itself. Being both intellectually rigorous and brilliantly expressed, it will find its way into the public discourse eventually, as do all great truths.

My anticipation has been whetted on learning of a forthcoming release, The Mason Gaffney Reader, to honour Mason Gaffney on his ninetieth birthday on 18 October.

The following address delivered to the Land Policy Council at the Grosvenor Hotel in London on 17 May 1998 is typical of Gaffney’s challenge to rectify the study of economics:-

Constructive problem-solving is when one takes problems and dilemmas and composes them into solutions. A simple exam­ple is when two lonely, longing people meet and marry. Another, more prosaic, is when a producer converts wastes into useful by-products. Another, more general, is whenever demand meets supply.

The genius of Henry George was to confront dismal dilem­mas, futile standoffs and harsh trade-offs posed by what we may call “futilitarians,” and compose or reconcile them into solutions. The most obvious such desperate trade-off he solved was that posed by Malthus, who told the working classes they must choose between food and sex.

Understanding George’s program, one can see that those al­legedly hard choices are false, calculated to unman us and make res­olute action seem futile. Herewith is a list of reconciliations that are inherent in George’s philosophy.

George’s ideas are more than a philosophy, they are a prescription for action. For short, I shall describe his public policy program as “Geofiscalism.” For George, a philosophy was designed to accompany a program of action: theory and practice were also composed and reconciled. He saw theory and practice (or thought and action) as complements, not substitutes. So should we.

1. Geofiscalism composes common rights in land with private tenure of land, and free markets. It tends, on balance, to foster subdivision of land. Those still excluded from tenure are com­pensated in three ways: landowners support government; they must hire workers and invest in new capital to generate income from their lands; and they must supply goods and services from the land. The last two combine the stimuli of supply-side and demand-side eco­nomics, leveling them upwards. The Keynesian specter of oversaving is dispelled by untaxing capital, stimulating new investments.

2. Geofiscalism untaxes labor without raising taxes on capital, or capital formation. It is even possible to untax both labor and capital, while still supporting government at high levels, or dis­tributing the surplus as a social dividend.

3. Geofiscalism composes equity with efficiency. It is pro-incentive, for reasons well known. At the same time the tax base, land, is highly concentrated among the wealthiest people, in­cluding alien owners and nimble international tax-dodgers. Thus it combines the pro-incentive effects of a poll tax with the equalizing effects of a progressive wealth tax.

4. Local and regional (state, provincial) governments can pay for public services as generously as they please while si­multaneously attracting industry, capital and population by untaxing them.

5. Geofiscalism contains urban sprawl without denying con­sumers free choice of location. It lets settlement be con­tained within growth boundaries, if desired, without inequity, by making the favored landowners pay most of the taxes; it lets settlers choose outlying locations, if they wish, by making them pay the in­cremental social costs they impose on the whole.

6. Geofiscalism creates jobs without use of inflationary de­mand stimulus. It stimulates both supply and demand jointly, leveling them upwards (cf. #1). It proffers us “True Fiscal Stimulus,” in contrast to the current shallow usage of “fiscal stimu­lus” to mean deficit finance and bank expansion.

7. Geofiscalism lets a polity attract people without diluting its resource base. We may label this the “Hong Kong Effect,” although it is observable in most thriving cities. It results from the power of economic synergy in free markets to generate large eco­nomic surpluses, surpluses that lodge in the rent and value of local land, such that large, densely settled cities generally have more land value per capita than smaller cities and farm regions. George sum­marized this force as resulting from “Association in Equality”; and he clearly meant free association, free of taxes on exchange, and with equal rights to land. A modern planner would want to elaborate on the efficient circulation systems and layouts to facilitate such as­sociation, and George would surely agree; but he would remind the modern planner, as he reminded his contemporary civil engineers, that taxes on exchange offset and penalize the very linkages that good planning and public works strive to achieve.

8. Geofiscalism makes jobs while abating demands on nature and the environment. This is a by-product of containing ur­ban sprawl (cf. #5, #9), and the Hong Kong Effect (#7). The syner­gistic city is resource-sparing.

More generally, Geofiscalism puts a new focus on raising the productivity of land and natural resources, in contrast with the cur­rent unbalanced, exclusive focus on maximizing labor productivity, even at the unspoken cost of wasting land.

Geofiscalism is also philosophically compatible with “green taxes,” which are based on a philosophy that nature belongs to all in common, and those who poach on it and defile it should pay society for what they take, and the damage they do. George himself did not develop this theme, but latter-day Geofiscalists have done so, using the economist’s tool of “marginal cost pricing,” which shows the ef­ficiency both of land-value taxes and of green taxes.

9. Geofiscalism promotes economy in government. By mak­ing jobs, it automatically lowers welfare costs, both directly by taking people off the dole, and indirectly by weakening the ratio­nale for most doles in the first place. Making jobs of course lowers crime, with all its direct and indirect costs. It lowers social unrest, with threats of riots and arson.

As a happy by-product, this also abates demands on nature and the environment.

11. Geofiscalism effects a radical social and economic re­form in a completely non-catastrophic way, working silently through existing institutions and the free market. It can be and has been adopted (in part) by democratic governments, by authoritarian ones (Meiji Japan), and by foreign occupying forces (MacArthur Japan, Kuomintang Taiwan, Hong Kong, Kiauchow).

12. Geofiscalism may be and has been applied by local, central, and intermediate levels of government.

13. Geofiscalism may be and has been applied in whole or in part. It is compatible with a mixed economy. It may be applied immediately, or phased in slowly, as preferred.

14. Geofiscalism is impervious to tax-avoidance and eva­sion schemes: foreign tax havens, tax shelters, profit shifting, concealment, electronic transfers, smuggling, creative ac­counting, etc. Every parcel of land is open for inspection. It lies un­ambiguously within one taxing jurisdiction. It cannot be moved or hidden. The owners must identify themselves, pay up, or lose their land. Foreign residents and foreign owners have no advantage over resident citizens.

15. Geofiscal levies are enforceable without tracing per­sons, and without threatening them with jail or other personal penalties. The land is the hostage.

16. Geofiscalism democratizes access to land, in the man­ner of open access to a commons, yet without relaxing the constraint on economic use. It democratizes and opens up access by lowering the purchase price; it puts a constraint on wasteful hold­ings by imposing an annual charge or tax on holding land. The net effect is the same as making credit available to all potential buyers on exactly the same terms: same rate of interest for all, and perpetual credit for all. Land credit is extended to the poor, and everyone, with no risk of non-repayment.

It also puts future buyers on the same footing as the pres­ent owners, thus removing the differential advantage of inherited entitlements. This last point does not, of course, commend itself to most of those with inherited entitlements, yet in many circumstanc­es even they will experience gains, if the advantage of lowering other taxes exceeds the rise in the land tax.

17. Geofiscalism speeds the renewal of sites now occu­pied or covered by decayed and/or obsolete machinery, equipment and buildings. It does so without subsidies, either direct ones to new equipment or indirect ones like sacrificing tax revenues. Thus it keeps a nation’s physical plant modern and competitive, has­tening the embodiment of new technology into working material forms. It increases investment opportunities at home, providing out­lets and stores of value for savings.

18. Geofiscalism raises revenue without any complex ma­chinery and paperwork such as bedevil the income taxes (corporate and personal), and without any confidentiality of tax data from the press and the public. No one but the tax man knows what special income tax deals are enjoyed by anyone else; it’s all personal and confidential, and wide open to corruption. Land, on the other hand, is public business.

George, considering such reconciliations, wrote in wonder that “The laws of the universe are harmonious.” [Progress and Poverty, Book VI, Chapter 2] Modern philoso­phers may cavil at his mode of expression and his awe, but that need not distract us. Perhaps the harmony came from his attitude, his problem-solving orientation, as much as from the universe, but in either case it is real enough, and wonderful to realize. Let us adopt the same attitude, and watch our intractable problems fall away.

Some captious critics, viewing just a few of such claims of harmony, damn Geofiscalism as a “panacea.”  The word betrays a cu­riously warped mindset: who would damn a solution for the very reason that it is a solution? The word is theirs, though, and what they evidently mean is only implied: strong claims must be false, by assumption, so the critics are spared from proving them false in any specific way. That is counterfeit wisdom, indeed, and a cop-out. It is our fortuity as Geofiscalists to set forth the claims, and challenge critics to refute them — and hold their peace when they cannot.“ 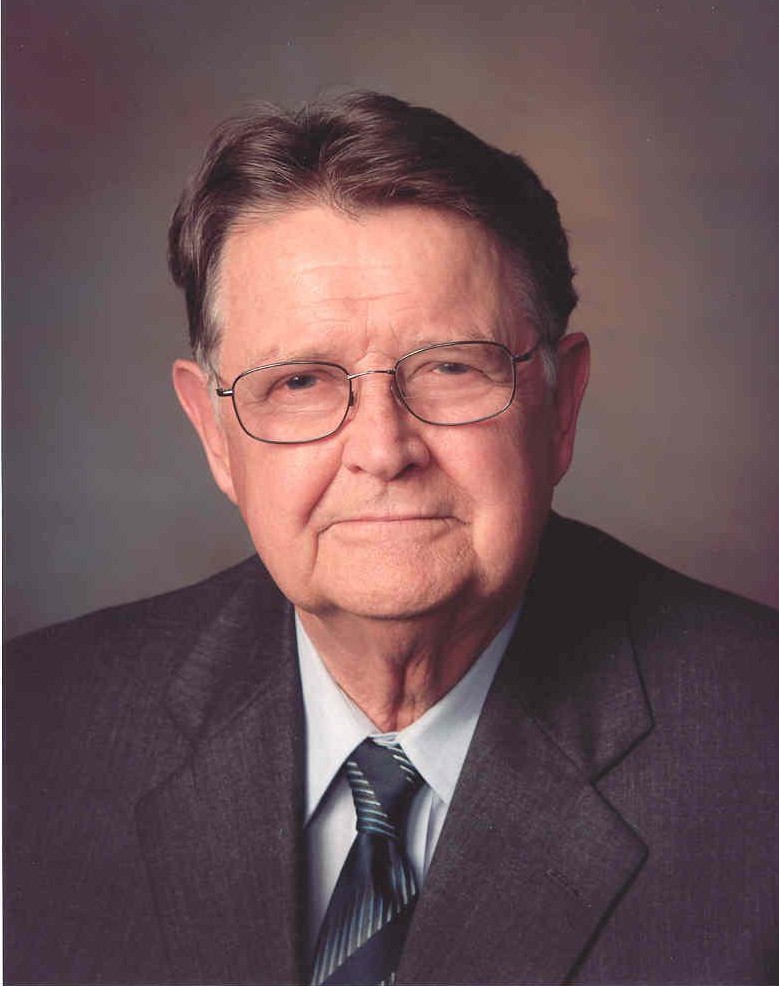 One thought on “MASON GAFFNEY SETS THE STUDY OF ECONOMICS ARIGHT”