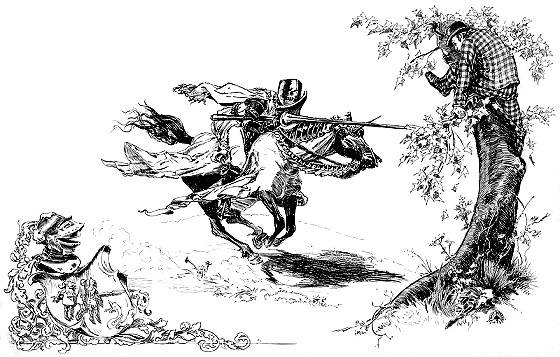 By a sarcasm of law and phrase they were freemen. Seven-tenths of the free population of the country were of just their class and degree: small “independent” farmers, artisans, etc.; which is to say, they were the nation, the actual Nation; they were about all of it that was useful, or worth saving, or really respectworthy; and to subtract them would have been to subtract the Nation and leave behind some dregs, some refuse, in the shape of a king, nobility and gentry, idle, unproductive, acquainted mainly with the arts of wasting and destroying, and of no sort of use or value in any rationally constructed world.

…when the harvest was at last gathered, then came the procession of robbers to levy their blackmail upon it: first the Church carted off its fat tenth, then the king’s commissioner took his twentieth, then my lord’s people made a mighty inroad upon the remainder; after which, the skinned freeman had liberty to bestow the remnant in his barn, in case it was worth the trouble; there were taxes, and taxes, and taxes, and more taxes, and taxes again, and yet other taxes – upon this free and independent pauper, but none upon his lord the baron or the bishop, none upon the wasteful nobility or the all-devouring Church.