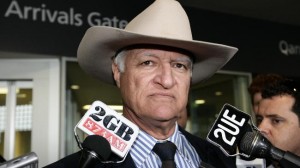 On ABC-TV last night Bob Katter said the Reserve Bank ought to have lowered interest rates yesterday. The cash rate should be 2%, half what it is now, he opined.

He’s right. Our high interest rates are keeping the AUD too high, and there aren’t many areas of the economy doing well.

Interviewer, Annabel Crabbe, asked Katter what this would do to real estate prices, however – Australia’s already being amongst the highest in the world.

He had an answer for that one.  He’d just seen a report by Malcolm Turnbull and “an Oxford Don” saying we should remove restrictions on the subdivision of land. That would fix the shortage of supply which has dogged our housing and made it so unaffordable.

So, despite all the reports proving our high land prices are NOT the product of inadequate supply, it seems Katter, Turnbull and the Institute of Public Affairs (funded by Genghis Khan/Gina Rhinehart?) haven’t caught up with them yet, and still cling to this misbegotten belief – or maybe they don’t want to believe the facts? 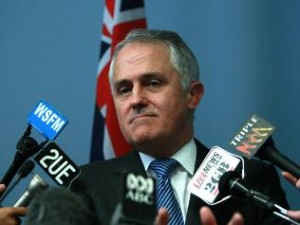 Here’s one of the most recent reports to bring you up to date, guys. It shows the Australian residential market has actually become a Ponzi Scheme. Nothing to do with supply and demand.  Here’s a more technical one which fleshes out the theory.

Katter and the IPA are one thing, but you’d expect better from Malcolm Turnbull (if Katter is quoting him correctly).