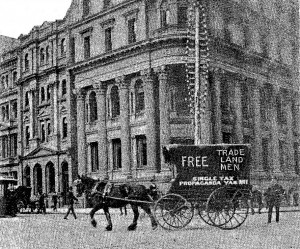 Henry Georgists aren’t fly-by-nighters. As the picture shows, we’ve been around a long time, patiently explaining how rent-seekers get a free ride off the annual value of the public’s natural resource rents, and how the parasitical behaviour of these people repetitively inflates speculative real estate bubbles that burst into financial chaos every eighteen years.

Over the years, I’ve seen countless attempts to rebut the Georgist claim that to set the economy to rights we need to abolish arbitrary taxation imposts and capture instead our economic rents for public finance – but none have come within a bull’s roar of refuting the idea, because they’ve all misrepresented the Georgist position in one way or another.

Even the Austrian School’s paragon, Murray Rothbard, chanced his arm with a remarkably brainless attempt that was dismissed surgically here, here and here.

Why then hasn’t Georgism been taken up?

An argument is put that, if it worked, it would have been adopted by now, but this is to ignore the enormous political clout wielded by free-loading rentiers. (Remember Gina Rinehart and her billionaire friends spending millions to protest against the public getting its fair share of mineral rents?  I note now people have taken the time to think it through, public opinion has  turned in favour of the mining tax.)

I’ve previously mentioned that a land tax was: (a) argued by Leo Tolstoy to his friend Russian Prime Minister Stolypin in 1907 as a way of avoiding riots and revolution; (b) set as the cornerstone of the 1909 People’s Budget in Britain (but assiduously avoided by the British aristocracy by employing underhand techniques, not the least of which was manufacturing WWI); and, (c) actually introduced in Australia federally by the Fisher government in 1910.

So, one hundred years ago ,the case for a tax on land values was clearly being well propounded.

A hundred years on, with the symptoms of an economic depression all about us and nascent interest in the benefits of land value capture in the air again, it may well be that Georgism is the solution whose time has come. 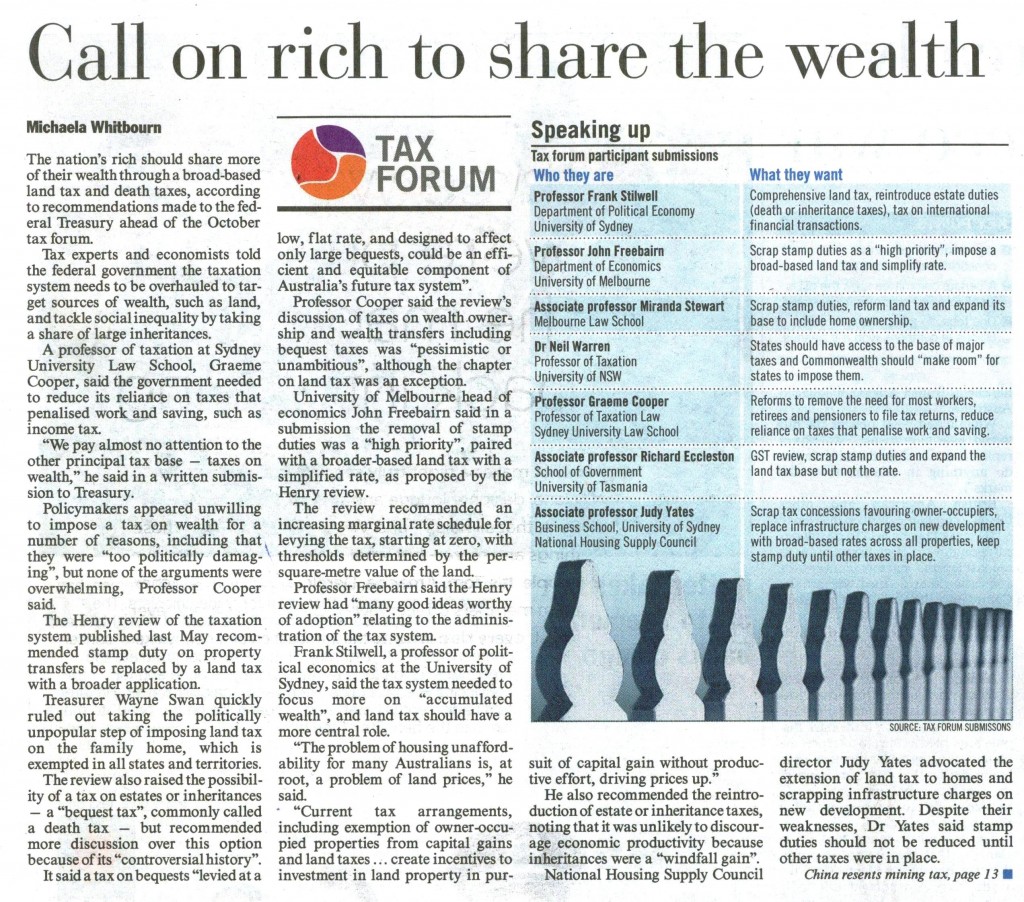