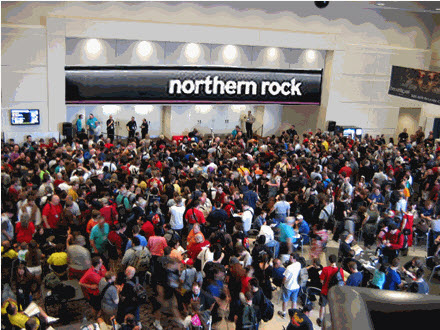 Ten years on, let’s revisit what went wrong in world economies in 2008.

A lack of confidence in the UK’s Northernrock Bank caused a run on the bank. It had irresolvable mortgage issues, and was nationalized in February 2008. (It has since become Virgin Money). Other banks were carefully managed because they were ‘too big to fail’. Too big to fail? Really? They may make fabulous profits at the public’s expense in the good times but, when the good times end, the public must bail them out? Is this not this sort of ‘win-win’ the very definition of ‘moral hazard’?

The outlier in the US was Bear Stearns, which collapsed under its ‘collateralized debt obligations’. After having won awards for its great service, and having traded at $172 a share, it was finally taken over by JP Morgan Chase for $10 per share in May 2008. Lehman Brothers then failed in September 2008. Mortgage backed securities were similarly at issue with Lehmans.

These and other financial collapses spawned banking mortgage bailouts and takeovers around the world:-

Of course, the failures were related to a period of rapidly-escalating land prices which came to an end, leaving excessive mortgages exposed to a deflated, more moderate, land market.

Has anything changed since 2008 to stop these events occurring again? Have not China, Canada and Australia built up towards Northernrock/Lehman Brothers-like calamities?