…. explains collapsing economies.  But the following expresses it better. 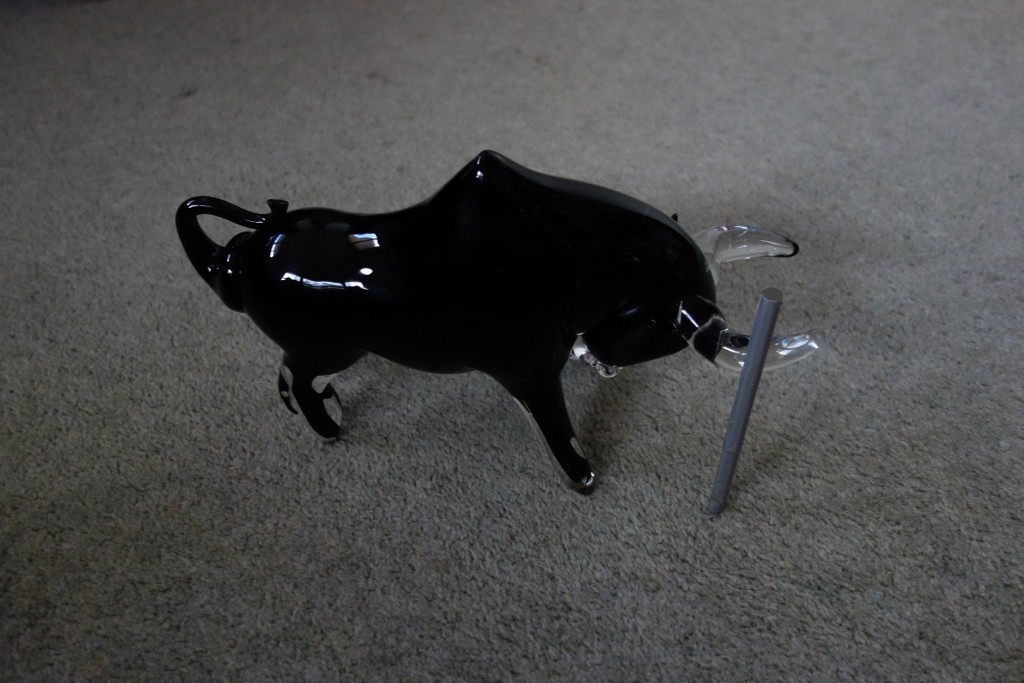 Near the window by which I write a great bull is tethered by a ring in his nose. Grazing round and round, he has wound his rope about the stake until now he stands a close prisoner, tantalised by rich grass he cannot reach, unable even to toss his head to rid him of the flies that cluster on his shoulders. Now and again he struggles vainly, and then, after pitiful bellowings, relapses into silent misery.

This bull, a very type of massive strength, who, because he has not wit enough to see how he might be free, suffers want in sight of plenty, and is helplessly preyed upon by weaker creatures, seems to me no unfit emblem of the working masses.