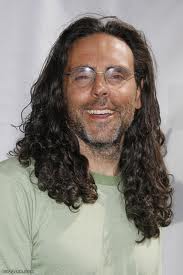 He has now attuned himself to the current historic watershed that has spurred me into blogging about it.

I’ve not seen Shadyac’s new documentary film, “I AM: the shift is about to hit the fan”, but it sounded in a US interview with him last night (via ABC News Radio) as though it gets straight to the point. He clearly thinks the world’s about ready to make the shift to change its bad habits.

Listening to the discussion of the documentary, it appears “I Am” does everything except identify the final mechanism, the private capture of the public’s rent, that has been used to destroy humanity’s common bond.

The glue that held us together for so long has given way, and our “Stuff you!” individualism has begun to wreck the planet and society, so we need to establish a new equilibrium.

Of course, the Wall Street wreckers will claim Tom Shadyac’s film is fudge. They have to, to justify their misanthropy, because much of their work is founded upon a deep-seated disgust of mankind; people in the broad are no more than the market from whose rent they must steal.

I’ve written here many times that as economic rent represents the human community, insofar as it is community-generated, we need to make a revenue shift from taxes to land and natural resource rents – to socialise what is society’s, and to leave alone what is private property. Breaking this natural law of economics, as we do, has devastating consequences.

It would be nice if those who see “I AM”, as with the great mass of people feeling the need for a shift in values, are able to make this final connection sooner rather than later, because it’s essential to guaranteeing a future for the human race, and because all of us have an equal entitlement to the rent we equally produce.

They haven’t yet woken to this in revolutionary Egypt, Libya, nor near-revolutionary (?) Portugal, Ireland, Italy, Greece, Spain, the US ….

2 thoughts on “I AM: the shift is about to hit the fan”