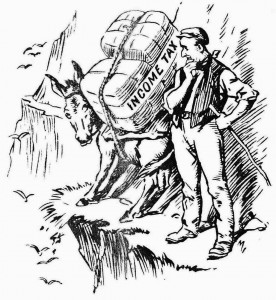 In an interesting “Ockham’s Razor” program on the ABC’s Radio National on 28 February 2012, the noted science writer Ann Moyal called for “interdisciplinary approaches” between science and the humanities to assist in solving our problems. That would indeed represent an improvement, because at times the difference is a rather contrived one.

She mentioned CP Snow’s famous 1959 Rede Lecture “The Two Cultures” which even then noted the widening lack of communication between science and the humanities.

I have a slightly different take on the matter.  The division between science and the social sciences has served the rentier class so well, it’s not going to permit without enormous resistance the collaboration Ann Moyal seeks.

You see, it was not by accident the 0.1% removed the classical science of political economy from the category of science and dispatched it off into the humanities, repackaging it as a neo-classical economics where land and capital have become one and the same.

By explaining how the kleptocracy was capturing the public’s land and natural resource rents unto itself and taxing labour and capital instead for revenue, Henry George had come to represent a clear and present threat to the powers that be and his ideas had to be resisted at any cost via the universities.

The arguments of those opposed to Henry George were so obviously risible, self-interested and shallow that conclusive action had to be undertaken, and the universities must be the means.

It had to be falsely put about that the study of economics had no predictive capacity–as any science should–therefore it had to be recast as one of the humanities.

Mason Gaffney’s “The Corruption of Economics” provides a chapter and verse account of the personalities involved in this incredible perversion of intellectual rigour. Gaffney demonstrates the steps taken were clearly a stratagem to defeat the exposition of Henry George and his many predecessors and followers from again taking root in society.

Once the pea and thimble trick of the 0.1% had been exposed for what it is, the 0.1% was forced to defend itself by indulging in corrupt practice within the halls of learning.

Thus, ever since, has the cause and cure of rent-seeking and bursting real estate bubbles remained the blind spot for both science and humanity at large.

However, it is not only the bifurcation between science and the humanities which has progressed the blatant lie that leaves public education, health, welfare and infrastructure underfunded.  It is also caused by the paranoia into which political parties have descended, mindlessly dividing societies.  Perhaps the most obvious example is between Democrats and Republicans in America where ideologues continue to cast the most incredible aspersions at each other.  This is democracy in action?

The common feature found in each of these false dichotomies is that people no longer matter: only finance, big corporations, the political parties–apparently an end in themselves–and real estate, of course, matter. For corroboration, one has only to look at what is occurring in Greece, the fount of democracy.

Wedges driven by the 0.1% between science and the humanities, and their economic falsehoods off which political parties feed without question have sidetracked and split democracies. And it has conducted this malfeasance with reckless aplomb – because it has the money; it has the rent.

We are in the end game.  If ignorance and fear paralyse us now, the 0.1% wins again.