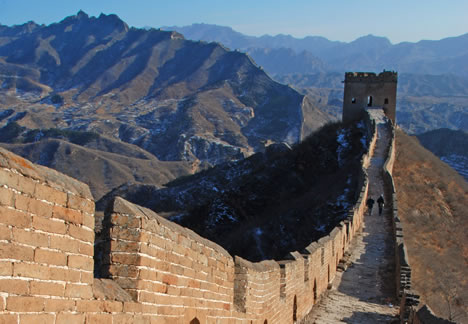 LIGHT AT THE END OF THE TUNNEL OR A FREIGHT TRAIN COMING?

The People’s Bank of China (PBOC) has not only lifted interest rates five times in 2010, but has also raised the reserve requirement ratio (RRR) for large institutions to 17.5%.  To acknowledge that people in rural areas aren’t sharing in the boom, rural banks have been set at the lesser rate of 13.5%.

The RRR is the proportion of deposits that banks must hold in reserve. As these are now large by western standards, it is clear that China is genuine about reining in much of the liquidity that has sent Chinese real estate into a bubble.  Clearly, the PBOC acknowledges that a problem exists.

China has overcooked its real estate development to the point where it graduated from serving the national interest and the interest of the people to that of self-serving rent-seekers who pocket obscene profits. Failing effective action, a deflation in real estate prices is now inevitable. It’s merely a matter of ‘when?’  But of course it can be managed better than the west is doing.

Georgist economics argues that China’s raising of interest rates and the RRR won’t prove to be effective.  Instead of worrying about controlling growth, she should be looking to protect what is her most important asset, the  people who ultimately constitute  China’s economy. Patently, higher interest rates and RRR don’t help her people.

Like the west should do, China must capture a significant part of the uplift in land values that her incredible boom has bestowed upon her. Here is the natural source for revenue. Here lies the potential to let people in rural and regional areas share in the boom by permanently abolishing their taxes.

Unlike the west, China is still a command economy.  She has control over land management and taxation, and she has the ability to take effective action, uncluttered by demands of the rent kleptocracy that bedevils the west.

China is in a position where she could introduce a land rent system, whereby the people would share more equally in the benefits of her incredible renaissance.  Not to do so will consign China to the same fate that awaits the west: many years of economies bumping along the bottom underwater; many years of printing money; many years of tweaking interest rates; many years of austerity as the economy slowly deflates.

China still has a choice in the matter.  The oligarchy that sponsored this depression (and doggedly resists increasing land value capture) ensures that we no longer have this choice in the west.