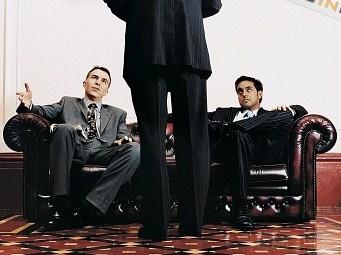 “They’re undermining the country, I tell you! We’ve got to set up a conservative foundation. We’ll call it ‘Status Quo Now!’ and and give presentations showing the public that those bleeding-heart liberals amount to nothing more than stooges for the commie nihilists.”

“We’ll use words like ‘patriot’, ‘the flag’, ‘God’ and ‘defending our values’ a lot.  We’ll show them we’re the good guys, working for the principle of freedom on which this country was founded.” 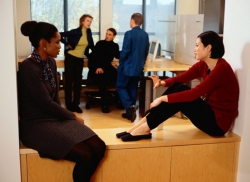 “If we’re ever to reform society, we’ve got to start a body to counter all the right-wing claptrap spread by parts of the media, that healthy levels of government spending will pull the country down because we’re trying to create a ‘one world government’.  Let’s call the organisation ‘The Democracy Vibe’.”

“We’ve got to show the people that it’s big business and the political right that are pauperising them.” 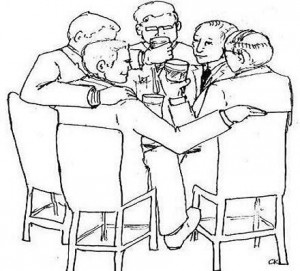 “Phew! We thought that might be a close call; but it turns out that neither Status Quo Now! nor The Democracy Vibe really pose any real threat to us at all.  Neither have worked out how we’ve designed the tax system to grab for ourselves the 30% of the economy unearned incomes represents. They’re still puzzled about the means by which we, at less than 1% of the population, grow richer and richer.”

“While they and the political parties continue their misdiagnoses, we rentiers will keep running the show. So, let’s continue to encourage their delusions, boyos!”