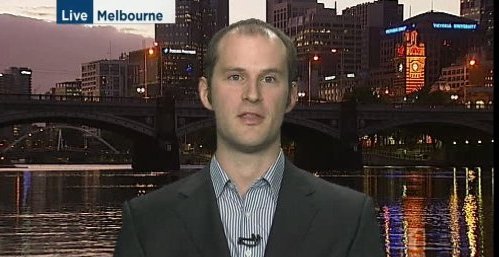 Van Onselen, known to MacroBusiness fans as The Unconventional Economist, provided a compelling commentary on the Australian residential market that gave an entirely different picture from recent fulminations out of the Reserve Bank of Australia.

Wisely not chancing his arm as to the particular timing of the event, Van Onselen left no doubt in the minds of a receptive audience that the Australian banking system is facing its day of reckoning.

On the issue of banks having issued impossible credit into bubble-inflated real estate markets, Ireland’s David McWilliams has made a case for debt forgiveness if the untenable position of the Irish people is to be improved.

Ireland offers a salutary lesson from which Australia should learn.

It’s more than heartening to see New South Wales is considering returning to the old ways of funding infrastructure projects, that is, having landowning beneficiaries of the capital works pay something towards the costs. Makes much  more sense than increasing the tax burden arbitrarily.

I’m reminded of a 1926 article in The Argus on the funding of a proposed extension of my local Glen Waverley Line from Darling. In those days the people accepted such logical propositions when the provision of infrastructure advanced community land values.